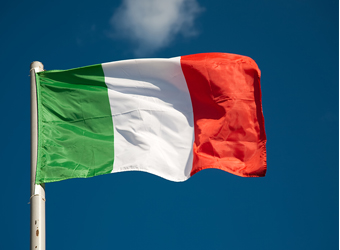 Egypt’s Tourism Ministry said on Saturday that it will launch a promotional campaign with Italian football team AS Roma to attract Italian tourists to the country.

The ministry said the ad campaign will start during AS Roma’s match against Napoli on Saturday, and will continue during the Italian team’s home games until the end of the season.

The advertisements will be placed around the stadium and on the team’s radio station, and a promotional video will be shown on the stadium’s mega screens.

Competitions will also take place on the team’s radio station, with the winners awarded trips to the Egyptian resorts of Sharm El-Sheikh, Marsa Alam, Luxor, Aswan, and Matrouh.

The Italian club’s star Stephan El-Shaarawy, who is of Egyptian origin and is nicknamed Il Faraone (The Pharaoh), will be the face of the campaign.

The advertisements will also be aired on Italian sports channels Sky Calico, which holds exclusive broadcast rights to the Italian league and cup, as well as the Italian club’s official channel Roma TV.

The move by the Egyptian tourism ministry comes one day after it signed a strategic partnership agreement with the Italian tourism federation Fiavet that will see a six-month promotional campaign involving 1,000 Italian tourism companies.

Weekly low-cost flights between Milan and the Red Sea resorts of Sharm El-Sheikh and Marsa Alam will be soon be re-launched, after being halted two years ago, according to Egyptian tourism minister Yehia Rashed, who is currently attending TTG Incontri tourism exhibition in Rimini, Italy.

The agreement is part of efforts by Egypt to revive tourism to the country, which suffered major blows after the 2011 uprising and the 2015 crash of a Russian airliner in Sinai.

Earlier this month, the ministry launched a campaign with CNN to promote tourism to the country around the world.

The ministry said in a statement that an advertisement will be aired in Europe, the Middle East and Africa during the channel’s weather forecast, for which Egypt will be the main sponsor.

In September, an Egyptian government official told Reuters that the country’s tourism revenues rose by 170 percent in the first seven months of 2017, reaching $3.5 billion.

The number of tourists visiting Egypt rose by 54 percent in the same seven-month period on an annual basis to reach 4.3 million.

That number is still well below the 14.7 million who visited Egypt in 2010, the year prior to the popular uprising that overthrew president Hosni Mubarak.