US says new Israel settlements may harm peace with Palestine 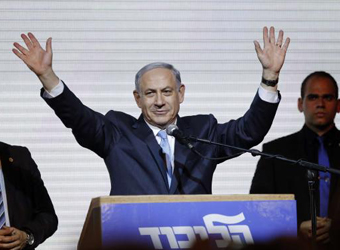 Building new Israeli settlements may not be helpful to achieve peace with Palestinians, the White House has said.

The statement contrasted with earlier signals from U.S. President Trump that he did not object to settlement activity.

It was said that Trump did not see settlements as an impediment to peace, a departure from previous U.S. positions.

The fate of settlements in the occupied West Bank is one of the most contentious issues between Israel and the Palestinians.

More than 600,000 Jews live in about 140 settlements built since Israel’s 1967 occupation of the West Bank and East Jerusalem.

The settlements are considered illegal under international law, although Israel disputes this.

Since then, it has authorised 6,000 new settlement homes, in one of the biggest surges for years.

Prime Minister Benjamin Netanyahu said Wednesday that he was moving ahead with plans to set up a new settlement in the West Bank for the first time in more than two decades.

The announcement came as Israeli police cleared protesters from the unauthorised settler outpost of Amona.

Israel’s Supreme Court has ordered Amona to be dismantled because it was built on private Palestinian land.

The White House said: “While we don’t believe the existence of settlements is an impediment to peace, the construction of new settlements or the expansion of existing settlements beyond their current borders may not be helpful in achieving that goal.”

Trump’s administration had not taken an official position on settlement activity and looked forward to discussing the issue during Netanyahu’s visit to Washington later this month.

The White House statement was welcomed by the Jewish settlers’ representative body, the Yesha Council.

In December, Trump said a vote at the UN Security Council condemning settlements was a big loss for Israel that will make it much harder to negotiate peace, vowing to get it done anyway.

The UN resolution, the first since 1979 to condemn Israel over its settlement policy, and effectively allowed to pass by Obama administration.

It was said that the settlements had no legal validity and constituted a flagrant violation under international law and a major obstacle to the achievement of the two-state solution.

Sisi: Egypt is ‘keen’ to boost coordination with new US administration