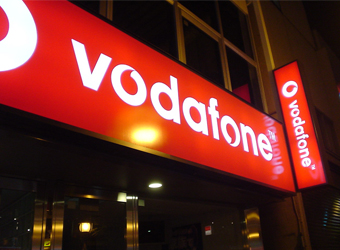 Vodafone Group PLC announced Thursday that third-quarter revenue fell 3.9% to 13.7 billion euros ($14.78 billion) from the same period a year earlier, but that its organic revenue, which excludes the effects of foreign exchange, from selling telecommunications services grew 1.7%.

The British telecommunications giant said that organic revenue growth in India dropped 1.9% because of competition from new mobile operator Reliance Jio Infocomm Ltd., which has been offering free data services as a promotion. Vodafone on Thursday didn’t reveal any more information about its discussions, which it announced Monday, to merge its India unit with rival Idea Cellular Ltd.

Vodafone confirmed its outlook for the year, saying it expected to meet the lower end of its forecast for earnings before interest, taxes, depreciation and amortization.