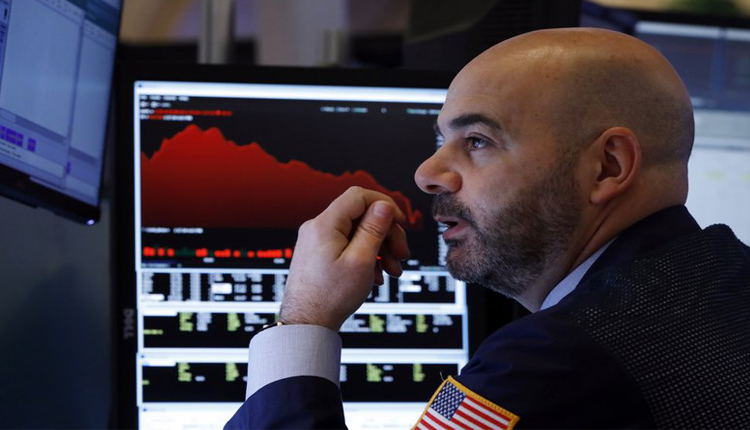 Stocks plunged around the world again Friday as investors braced for more economic pain from the coronavirus outbreak, sending U.S. markets to their worst weekly finish since the 2008 financial crisis.

The damage from the week of relentless selling was eye-popping: The Dow Jones Industrial Average fell 3,583 points, or 12.4%. Microsoft and Apple, the two most valuable companies in the S&P 500, lost a combined $300 billion. In a sign of the severity of the concern about the possible economic blow, the price of oil sank 16%.

The market’s losses moderated Friday after the Federal Reserve released a statement saying it stood ready to help the economy if needed. Investors increasingly expect the Fed to cut rates at its next policy meeting in mid-March.

The Dow swung back from an early slide of more than 1,000 points to close around 350 points lower. The S&P 500 fell 0.8% and is now down 13% since hitting a record high just 10 days ago. The Nasdaq reversed an early decline to finish flat.

Bond prices soared again as investors sought safety and became more pessimistic about the economy’s prospects. That pushed yields to more record lows. The yield on the 10-year Treasury note fell sharply, to 1.14% from 1.30% late Thursday. That’s a record low, according to TradeWeb. That yield is a benchmark for home mortgages and many other kinds of loans.

Crude oil prices sank 4.9% over worries that global travel and shipping will be severely crimped and hurt demand for energy.