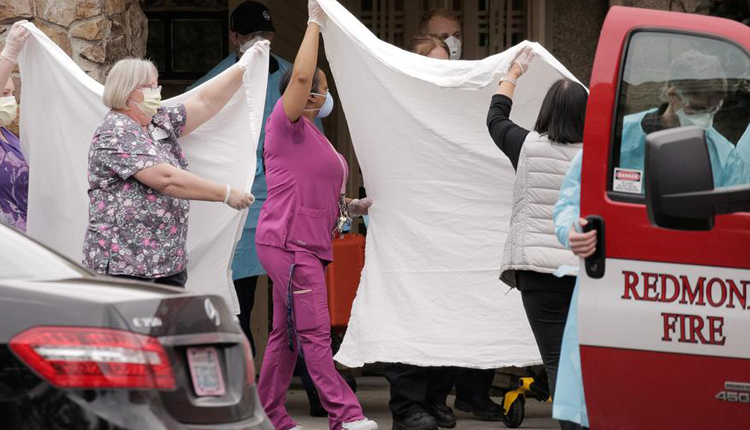 Health officials in Washington state said late Sunday that a nursing home resident had died after contracting coronavirus, while New York’s governor confirmed his state’s first positive case, as the virus moved out of its West Coast foothold.

The coronavirus, which emerged in China late last year, has decimated global markets as it quickly moves around the world. It appeared poised for a spike in the United States, in part because of more testing to confirm cases.

Trump administration officials worked Sunday to soothe nerves and calm fears that a global recession was looming, arguing that the public and media were over-reacting and saying that stocks would bounce back because the American economy was fundamentally strong.

The total number of confirmed cases in the United States is more than 75 with two reported deaths, both in Washington state. Globally there have been more than 87,000 cases and nearly 3,000 deaths in 60 countries, according to the World Health Organization.

In the United States, a cluster of cases is centered on a nursing home near Seattle.

The Seattle and King County public health department confirmed late Sunday that a man in his 70s who was a resident of the LifeCare long-term care facility in Kirkland and had coronavirus had died the day before.