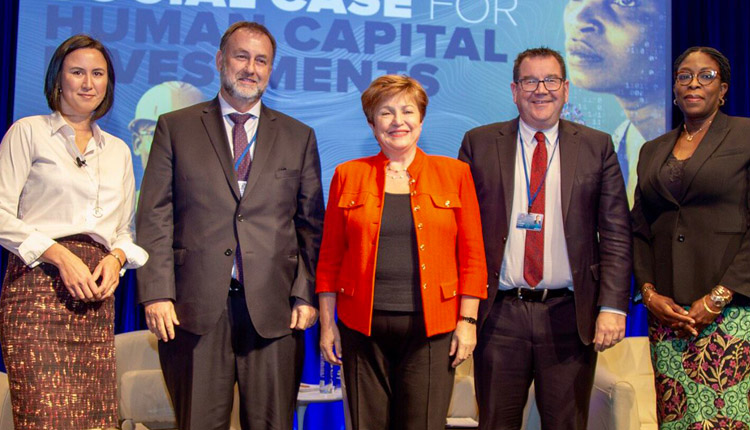 Human capital is essential to inclusive economic growth and wellbeing. Building human capital is, therefore, critical for all countries at all income levels to compete in the economy of the future, according to World Bank Group.

An event kicked off today entitled “The Economic and Social Case for Human Capital Investments” at the International Monetary Fund (IMF) and World Bank Group annual spring meetings which is currently held this week in Washington.

The discussion focused on creating the right conditions to move the needle on more and better investments in people, women’s economic empowerment as a key driver of economic growth, investing in a child’s first 1,000 days through health, nutrition, and early education, as well as involving the private sector and civil society in service delivery and building the workforce of tomorrow.

Georgieva said that 1/3 of Human Capital is the largest component of global wealth, accounting for 70% of wealth in rich countries, but only 41% in poorer ones. If countries want to be wealthy tomorrow, they need to invest in people today.