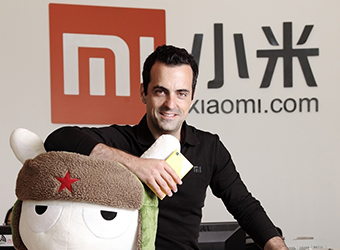 Barra, who was based out of China during his tenure with Xiaomi, will return to Silicon Valley as Facebook’s vice president of virtual reality and will lead the Oculus team.

Earlier this week, Barra announced that he was leaving Xiaomi and said he would transition out of his role in February, after the Chinese New Year, and take some “much-needed time off” before embarking on his new role. He had been part of Xiaomi for three-and-a-half years.

In a Facebook post, the social media giant’s chief Mark Zuckerberg said, “Hugo shares my belief that virtual and augmented reality will be the next major computing platform. They’ll enable us to experience completely new things and be more creative than ever before. Hugo is going to help build that future.”

Former Oculus CEO, Brendan Iribe, said he was stepping down from his role in December to focus on Oculus’ newly established internal PC virtual reality division. The company announced an internal shuffle where it was dividing its business into two – one to focus on desktop-based VR, such as the Oculus Rift headset, and the other on mobile VR.

Virtual reality is growing in popularity and users are expected to spend more than $11 billion over the next few years.