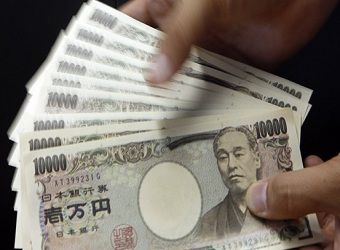 The dollar and the euro rose against the yen on Tuesday, helped by signs Russia may be seeking to avoid further escalation of its military involvement in Ukraine.

The euro had fallen sharply against the yen after Western powers threatened steps over the weekend to isolate Russia economically, raising a host of risks for Western Europe and the global economy.

But a sell-off in the rouble and Russian assets halted on Tuesday, and investors pulled money out of the perceived safety of the yen, helped by Russian President Vladimir Putin’s ordering some troops in Russia back to base.

Russia remains in control of Ukraine’s Crimea region, however, and some in currency markets have said an extended saga will prompt volatile trading for weeks to come.

The Swiss franc, also seen as a safe haven, retreated from its strongest in a year against the euro, trading near 1.22 francs compared to the Swiss National Bank’s cap of 1.20.

The Australian dollar was the other big mover, handing back most of its gains on the improved global mood after another message of concern from the country’s central bank over the currency’s strength.

The Reserve Bank of Australia, which triggered a 2 percent surge for the Aussie by backing off its demands for a weaker currency in January, said its dollar was still “high by historical standards”.

Many analysts say the Aussie, one of the big losers among major currencies late last year, should eventually ease back to around $0.84-0.85. It traded nearly 0.2 percent higher in early European trade just above $0.89.

Traders were also looking ahead to major economic events later this week.

Opinion remains deeply divided as to the European Central Bank’s likely course of action at a policy meeting on Thursday.

A higher than expected inflation number last Friday prompted many to pare bets on outright easing of interest rates but that is not the only action the bank can take.

An ECB source told Reuters there would be unanimous agreement to end so-called sterilization of the bank’s bond purchases under the bank’s Securities Markets Program.

UBS is also among the many banks predicting a stronger dollar this year. That move has so far failed to materialize, largely thanks to a halt in the flow of improving U.S. data.

Most put that down to extremely harsh winter weather, however, and non-farm payrolls data on Friday is seen unveiling a more bullish increase of 150,000 jobs in February.