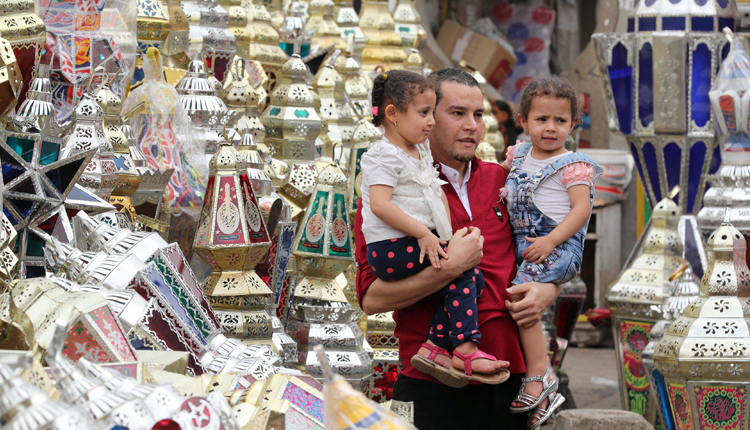 Share
The holy month of Ramadan will start on on Thursday 17 May in Egypt, the country’s Grand Mufti Shawki Allam announced Tuesday evening.

Allam’s announcement came during a celebration of the holy month organised by Egypt’s Dar El-Ifta on Tuesday.

The Grand Mufti said Ramadan will start on Thursday, as the crescent moon by which the start of the Islamic holy month is measured, was not observed on Tuesday.

On the 29th day of the preceding month, Shaaban, Muslim scholars observe the new crescent in the sky after the sun sets. If they see it, the following day marks the beginning of Ramadan; if not, then Ramadan will commence the day after.

In an exclusive video to Al-Ahram Arabic news portal, the Grand Mufti congratulated Muslims worldwide ahead of the commencement of the holy month.

“We pray for peace, security, stability, and serenity around the world,” Allam said in a video message.

The length of Islamic lunar calendar months, the ninth of which is Ramadan, varies between 29 and 30 days.

During Ramadan, Muslims abstain from drinking and eating from dawn until dusk.

In the holy month, Muslims fast for a full lunar month. The fasting begins at the fajr call to prayer, just before sunrise, and is broken at sundown.

Eid Al-Fitr, or “the feast of breaking the fast,” is a three-day religious holiday marking the end of Ramadan, which is celebrated by Muslims worldwide.

Gold prices inch up on short-covering