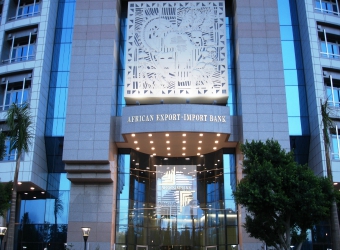 The African Export-Import Bank (Afreximbank) is studying a number of loans for Egyptian investors as well as banks and financial institutions in the country worth $1.2 billion and $500 million, respectively.

Heba Abu El Ezz, Manager of Banking Operations at Afreximbank, made these remarks in a press conference in Cairo on Thursday, to announce the bank’s financial indicators.

Abu El Ezz stated that loans and credit facilities given to Egyptian institutions, banks, and companies reached $4.2 billion in 2016, representing 40% of the bank’s credit portfolio.

Afreximbank’s loans included a $521 million joint loan as part of an emergency electricity scheme, $1.9 billion for the petrochemical sector, and around $210 million for the power sector and grid, she added.

The African bank has also secured $3.7 billion financial assistance as part of a programme to combat volatility of markets, Abu El Ezz stated.

Since its inception in 1993 to-date, the bank has provided Egypt with $13.8 billion in loans and facilities, representing around 33.7 percent of its overall facilities portfolio.