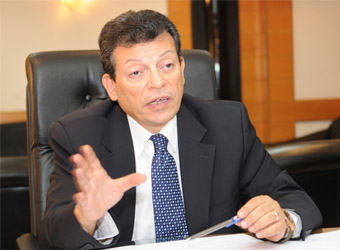 Furthermore, the banking official stated that Al Baraka Bank of Egypt is planning to inaugurate 5 new branches within the current year to be added to its current nation-wide 23 branches alongside 4 foreign exchange offices.

By the end of 2014, El Ghamrawy revealed that his bank is aiming to move to its new headquarters in the 5th Settlement – New Cairo which is equipped with latest technological systems and an up-to-date infrastructure.

Moreover, Al Baraka Bank Egypt is studying to take part in financing multiple syndicated loans and investment enterprises, El Ghamrawy noted, adding that his bank would announce such plans within the upcoming period. The bank is also seeking to launch a number of Shariah-compliant retail banking products soon, he elaborated.

Al Baraka Bank Egypt is keen on having a strong presence in Egypt’s banking market on the basis of its expansionary plans, injecting more finances in investment enterprises, and focusing on the small and medium-sized enterprises (SMEs) sector in collaboration with Egypt’s Social Fund for Development (SFD).