Al-Jazeera Journalists to Go on Trial in Egypt 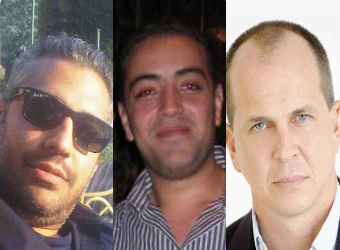 Twenty journalists, including four foreigners, are to go on trial in the Egyptian capital, Cairo.

They face charges including joining and aiding a terrorist organisation, and endangering national security.

The others, including two British journalists, will be tried in absentia.

Al-Jazeera says only nine of those charged are members of staff and that they were merely reporting the situation in Egypt.

It has said the allegations are “absurd, baseless and false” and consistently denied aiding the Muslim Brotherhood, which was designated a terrorist group after the military ousted President Mohammed Morsi last year.

The US State Department has accused Egypt of targeting journalists and others with spurious claims, demonstrating an “egregious disregard for the protection of basic rights”.

The White House – along with leading human rights groups – has also called for the al-Jazeera team to be released.

The 16 Egyptian journalists have been charged with belonging to a terrorist organisation and “harming national unity and social peace”.

The foreigners are accused of “collaborating with the Egyptians by providing them with money, equipment, information”, and “airing false news aimed at informing the outside world that the country was witnessing a civil war”.

Mr Greste, Mr Fahmy and a local Egyptian producer, Baher Mohamed were seized in a raid at a Cairo hotel in December. An al-Jazeera Arabic reporter, Abdullah al-Shami, has been detained since August, and is now on hunger strike.

In an interview with the BBC World Service’s Newsday programme, Mr Greste’s father Yuris said he understood claims by the authorities that his son was not properly accredited to work as a journalist in Egypt. But his punishment should only be a fine or a minor reprimand.

“We would hope and expect to welcome Peter in the arms of his family in the next few days,” Mr Greste said.

He said that his son was coping “pretty well” with the strain of his arrest despite being held in solitary confinement for three weeks.

Aside from Mr Greste, the foreigners are understood to be Rena Netjes of Dutch newspaper Het Parool and BNR radio, who fled Egypt earlier this month, and British al-Jazeera reporters Dominic Kane and Sue Turton, who left the country last year. They have denounced the prosecutions.

The Egyptian government and its supporters have accused international news networks of bias in their reporting of human rights abuses against Morsi supporters and secular dissenters.