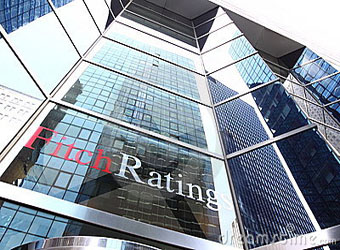 Egypt’s public finances remain the main weakness in the country’s sovereign credit profile, despite a slight improvement in its budgetary performance in the first half of the current fiscal year, Fitch Ratings says.

We discussed this and other risks and challenges to Egypt’s sovereign credit profile on a conference call Wednesday, 19 February. A replay will be made available at www.fitchratings.com.

Data for the first six months of the fiscal year ending June 2014 show the budget sector deficit narrowing to 4.4% of forecast GDP from 5.2% a year earlier. But the 15% improvement in government revenues was entirely driven by grants, which were EGP 36.9 billion (USD5.3 billion) compared with EGP3 billion in the first half of FY13. Other non-tax and tax revenues fell slightly year-on-year.

Spending rose 8%, driven by public sector pay and interest payments. Wages, subsidies, and interest payments have posted some of the largest increases in expenditure in recent years. Spending growth is likely to pick up between now and June, and we forecast the FY14 deficit will be 11.8% of GDP, narrower than last year but higher than the government’s forecast. The higher spending will include economically beneficial capex as part of the government’s stimulus packages but will also reflect increases to the public-sector minimum wage and stage pensions that add to fiscal rigidity.

The political sensitivities involved in reducing expenditure on wages and subsidies mean we do not expect a significant deficit reduction over our ratings horizon of the next two years, and we forecast the deficit will be close to double digits in FY15. Nevertheless, the current interim administration has been laying the groundwork for potential fiscal reform, which may be more palatable to a government that emerges from presidential and legislative elections due later this year.

Without significant fiscal reform, general government debt will remain at around 90% of GDP, well above the median for Egypt’s ratings peers.

The extent of these and other risks are reflected in the ‘B-‘ sovereign rating. We revised the Outlook on the rating to Stable from Negative on 3 January, 2014 on tentative improvements in political and economic stability.

Anger in Egypt After Lackluster Rescue of Hikers

Al-Jazeera Journalists to Go on Trial in Egypt