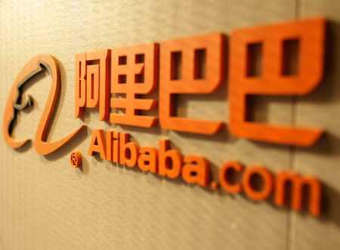 The deal will help Alibaba grow its presence at Intime’s more than two dozen department stores across China via initiatives like cooperation that allows shoppers to pay for items with smartphones. Alibaba has been competing with rival Tencent Group Holdings Ltd. to court Chinese consumers as more are expected to use smartphones for everything from catching a cab and booking a restaurant to buying a new suit at a department store.

In a statement, Alibaba said that it would take a 9.9% equity stake in Intime for $214 million and subscribe to $478 million in convertible bonds, which if converted would give Alibaba no less than an additional 25% stake in Intime.

The investment comes as China’s largest Internet companies continue on an investment spree. The three major players in China’s Internet sector Alibaba, social-media and games company Tencent and search provider Baidu Inc. are competing with each other by buying or forming alliances with smaller domestic companies.

The consolidation is driven in part by changes in the way people access online services, as more Chinese consumers use smartphones as the primary tool to access the Internet. The three companies have been busy seeking alliances that can bring more users to their platforms or offer content, services or technology that the companies don’t already have.

Closely held Alibaba, which is planning what could be one of the biggest Internet-sector initial public offerings in history, has been facing intense competition from Tencent. Analysts say Tencent, whose WeChat mobile messaging application has more than 355 million monthly average users, for now has an advantage engaging smartphone users due to its widely used social networking functions.

Alibaba, whose Taobao and Tmall shopping sites dominate China’s e-commerce market, said in the release it would “explore opportunities to combine the strengths of Alibaba’s Internet commerce technology and platforms with Intime’s physical retail presence in high-end department stores and shopping malls.”

Seeking to leverage its large caches of shopping data and advertiser network, Alibaba has been moving quickly to help shoppers pay for goods and services, not just online, but also in bricks-and-mortar stores. Known in the industry as “online-to-offline” a number of recent Alibaba investments have been aimed at expanding the company’s reach into China’s malls and restaurants.

The company last month offered $1.13 billion to turn AutoNavi Holdings Ltd. into a wholly owned unit, having bought a 28% stake in the mobile-map developer last year. AutoNavi, which has one of the few prized licenses that allows it to map China’s roads and shopping malls, has the potential to help Alibaba direct would-be shoppers to nearby stores, and potentially sense when shoppers are inside stores to know what advertisements to send to them.