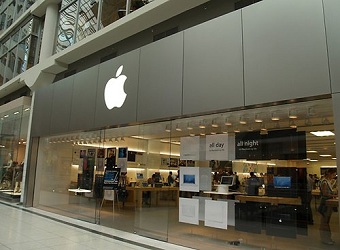 Apple and Samsung Electronics return to federal court on Tuesday for opening statements in their latest patent battle, with the iPhone maker expected to present more detailed evidence in its attempt to win a U.S. ban on sales of several Samsung smartphones.

Apple and Samsung have been litigating around the world for nearly three years. Jurors awarded the iPhone maker about $930 million after a 2012 trial in San Jose, Calif., but Apple failed to persuade U.S. District Judge Lucy Koh to issue a permanent injunction against the sale of Samsung phones.

A sales ban would be a far more serious threat to Samsung, which earned $7.7 billion in the quarter that ended in December. Samsung’s mobile division, which includes smartphones, generated operating profit of 5.47 trillion won ($5.1 billion).

The two companies are set to embark on another trial in San Jose over a fresh batch of Apple patents, which cover iPhone features like slide to unlock and search technology. Apple is seeking to ban sales of several Samsung phones, including the Galaxy S III.

Likewise, Samsung claims Apple violated two of its patents, and is seeking to ban the iPhone 5. Samsung’s phones use the Android operating system developed by Google.

In rejecting Apple’s previous bid for a sales ban, Koh wrote that a consumer survey Apple submitted in the 2012 trial likely inflated the value that customers place on the smartphone features in dispute, meaning Apple does not merit an injunction. Apple is appealing that decision.

Apple has hired the same marketing expert to conduct a new consumer survey for the current trial. But this latest effort contains additional analysis about how Apple’s patented features drive consumer demand, according to court filings.

While the prior survey only concluded that there was general demand for the patented features, the new study attempts to quantify the proportion of customers Samsung would have lost if its smartphones did not contain those features, court filings show.

Samsung tried to stop Apple from presenting that evidence to the jury, arguing that the methodology was unsound. However, Koh agreed in a February ruling to allow Apple to use the study.

The trial is expected to last until early May.