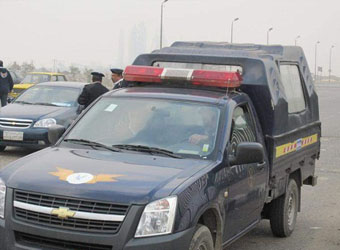 Security forces in Sharm El Sheikh arrested, in March 4, four people of “Jehovah’s Witnesses” which restricted in Arab countries, were trying to spread their beliefs among Egyptian youth.

Sharm El Sheikh detective chief was informed that the American youth-Wallase Resban 27, Rege Lewas 26 and their wives Hes Michael 23 and Marie Poker 24- were spreading Arabic documents and magazines call for adopting the group’s beliefs; which centralizes in Pennsylvania, America.one of its prominent belief is constructing “Israeli Kingdom”, and starting the Jewish holy war against Arab and Muslims.

Jehovah’s Witnesses group was founded in America in 1970 under the leadership of Charles Russel and combine Christianity and Judaism.

The group calls for destructing governments as it sees it’s the only organization to rule the world. The group publishes a monthly magazine “Get up” in 81 different languages and it publishes another magazine entitled “Watchtower” in 169 languages.

The initial investigations with defendants detected that the group doesn’t believe in governments and it calls for supporting Jews in their coming kingdom. It also prepares people to be volunteers soldiers for the Jewish holy war against Muslims, Armageddon. The group covers up in Christianity, but they serve Jewish expansion policy and they praise Zionist movement.

The investigations knew the group’s way of working as it call Muslim youth to leave their religion.

The Egyptian security authorities mentioned that they arrested 12 American groups in 2008, 2009 and 2010 were promoting Jehovah’s witnesses group in Sharm El Sheikh. A source assured that the group’s campaigns in Egypt haven’t stopped and a number of preachers are being sent in an organized way to touristic cities.