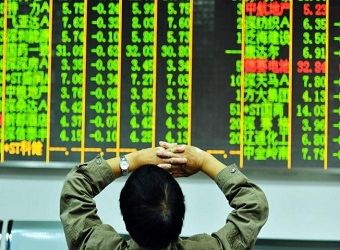 Stocks drifted lower after Wall Street ended a winning streak to close slightly lower on Wednesday. Markets were held back by a disappointing report on the U.S. housing market, which showed that new-home sales in March declined by 14.5%, undershooting expectations for a 2.3% rise.

In China, Hong Kong’s Hang Seng IndexHK:HSI +0.24%   was down 0.1% and the Shanghai Composite CN:SHCOMP -0.50%   fell 0.3%. Stocks in Hong Kong’s losses added to a 1% fall on Wednesday that followed data showing further contraction in China’s manufacturing sector.

The absence of any significant catalysts kept many markets close to the break-even mark, leaving investors looking ahead for cues. In Japan, investors were waiting for the Japanese fiscal year earnings season to ramp up. Also in focus was U.S. President Barack Obama’s visit to Japan, which could lead to an announcement relating to the Trans-Pacific Partnership talks.

In currencies, the New Zealand dollar bounced higher after the country’s central bank raised interest rates by a quarter of a percentage point to 3% as the country’s economic expansion gains momentum and inflationary pressures increase. The currency NZDUSD +0.08%  was last at US$0.8632, compared with US$0.8585 at its close on Wednesday.