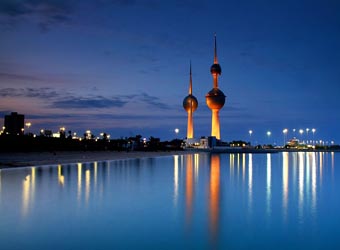 Real estate sales activity in Kuwait picked up in January, totalling KD318.1 million in value, a 64% increase year on year, according to the  National Bank of Kuwait (NBK).

The level was the third best level on record. All three sectors of real estate saw big increases, with the residential sector taking up 54% of total sales, the banks said.

NBK added that the uptick in sales should continue for the rest of 2012 albeit at a slower rate.

‘Residential sector sales were KD170.3 million for January, a 40% year on year climb,’ the report said.
The report highlighted a high number of transactions concluded last month, totalling 806, a four year peak for the sector.

The majority of the transactions, 71%, were for plots of land, as opposed to finished homes, NBK added.
‘Residential sales should continue to do well in the near future, as it appears backed with solid demand,’ the report said.

‘The investment sector, mainly apartments and buildings intended for rental, saw KD 127.3 million in transactions for January, a little more than double the amount of last January. This was supported by a higher average transaction size, compared to 2011,’ it added.

Mark Zuckerberg is not rich enough