Mark Zuckerberg is not rich enough 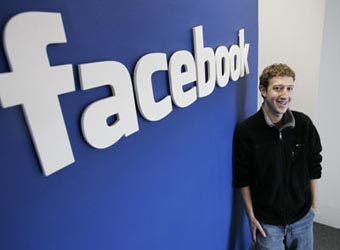 Mark Zuckerberg’s shares of Facebook Inc (FB). may be worth less than $21 billion when the company completes its initial public offering in the months ahead.

Facebook intends to issue more than 500 million shares of its Class B common stock at the offering through the exercise of stock options and grants of restricted stock, according to its IPO prospectus. Those shares aren’t included in the total share count in the filing, so the numbers used to calculate Zuckerberg’s 28.4 percent ownership are incomplete.

“The percentage in the prospectus can be very misleading,” said Sam Hamadeh, head of New York-based PrivCo, a research firm that specializes in private companies’ financial data. “It’s giving him credit for shares that he doesn’t actually own yet.”

At the time of the offering, Zuckerberg is likely to sell about $1.75 billion of Facebook stock to pay off the tax obligation he will incur when he exercises options to buy 120 million shares. The combined transactions will dilute Zuckerberg’s stake from 28.4 percent to about 21 percent. If the company maintains its projected $100 billion valuation, that would make Zuckerberg worth about $21 billion, less than the $28.4 billion implied by his stated ownership.

At that net worth, Zuckerberg isn’t rich enough to qualify for the Bloomberg Billionaires Index, a new daily ranking of the world’s 20 richest people. The 20th spot is currently occupied by L’Oreal heiress Liliane Bettencourt.

ROBERTO COIN: UNDERSTANDING REALITY AND STILL KNOWING HOW TO DREAM