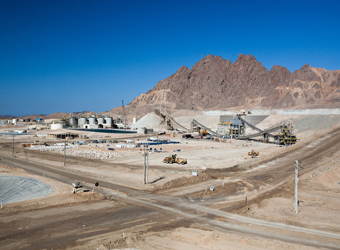 Egypt-focused gold miner Centamin said a new law which came into effect in the country on Wednesday could result in a legal case against it being dismissed.

The company in 2012 launched an appeal against a court ruling questioning its right to operate Sukari, its only producing mine.

Noting the new law in Egypt in a statement on Thursday, the company said:

“Centamin continues to discuss with its advisers the process by which the original claim in relation to the Sukari concession agreement … may be dismissed under the provisions of this new law.”

The new Egyptian law prevents third parties from challenging contracts made with the government. The law, long-awaited by businesses and investors, is meant to revive investment hit by political instability since a 2011 uprising toppled autocratic president Hosni Mubarak.