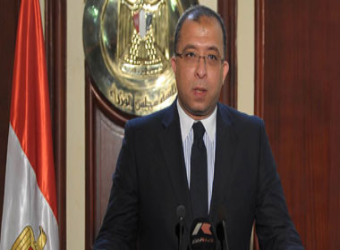 Egypt and China signed this morning a total of US$25 million worth of  a technical and economic cooperation grant to support development projects in the North African country.

This comes within the framework of an agreement signed during the Egyptian former president Mohamed Morsi’s tenure in which China would grant Egypt 450 million yuan (US$ 73.53million) over three years, starting from 2012, to be delivered in three equal annual tranches.

In 2012, Egypt had already received the first tranche of 150 million yuan (around US$25 million) and today it is getting another tranche after signing the two agreements.

From his part, Minister Al-Araby said China is one of Egypt’s key economic partners during the current phase.

He said the total grants given by China to the North African country have reached US$120 million dedicated for development projects, in addition to soft loans worth US$300 million to finance Egyptian developmental plans as well as multiple projects in fields of education, health and security.

Moreover, the minister said he discussed during his meeting with the Chinese ambassador Aiguo a number of central issues, notably deepening the trade relations between the two countries.

Meanwhile, Chinese ambassador Aiguo stated that the technical agreement is linked to combating desertification in Egypt. China is seeking to cooperate with the Egyptian side to find solutions for desertification which indeed threatens agricultural productivity in Egypt, he added.

The Chinese official further said the volume of trade exchange between Cairo and Biking hit around US$10 billion in 2013.

Egypt Heads Preparatory Meeting for WTDC in Dubai by March 30