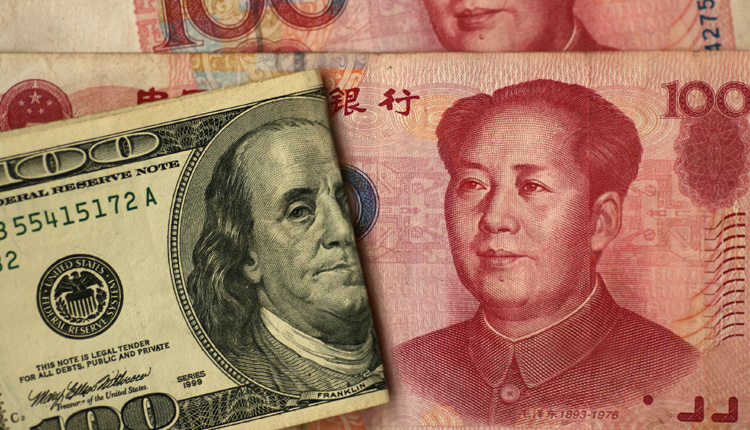 A surprise improvement in Chinese factory activity supported yuan and Australian dollar on Monday, and provided a broader boost to investors’ risk appetite, giving the dollar a lift against the safe-haven yen.

Factory activity in China unexpectedly grew for the first time in four months in March, an official survey showed on Sunday, a sign government stimulus may be starting to take hold in the world’s second largest economy.

The official Purchasing Managers’ Index (PMI) rose to 50.5 in March from February’s three-year low of 49.2, beating economists’ median forecast of 49.5.

The positive readings pushed the Australian dollar, often seen as an investment proxy for Chinese economic prospects, 0.4 percent higher to $0.7126.

The Chinese yuan also gained a quarter of a percent in offshore trade to 6.707 to the dollar.

“But while policy steps will likely stem a further slowdown, they are unlikely to accelerate the economy. If markets got carried away with pricing in too much optimism, we could see some set-back down the road,” she said.

Not all data in the region was rosy, with Japanese March factory output falling at the fastest rate in three years.

The Bank of Japan’s closely-watched “tankan” survey showed a deterioration in business sentiment among big Japanese firms and with South Korea’s trade shrinking.

The yield curve between three-month U.S. Treasury bills and 10-year notes turned positive again on Friday, after being inverted for a week — a symbolic change that appeared to help boost market participants’ confidence.

Dutch central bank Governor Klaas Knot, one of the most prominent hawks on the European Central Bank’s rate-setting committee, said it was clear that interest rates would be lower than before the crisis even after policy normalisation.

Britain’s exit from the European Union was in disarray after the defeat of Prime Minister Theresa May’s proposed Brexit deal left her under pressure from rival factions to leave without a deal, go for an election or forge a much softer divorce.

Traders also say investors have scaled back trading of the pound because it has become so difficult to predict amid the constant and sometimes arcane political developments.

“If MPs are able to form a majority around a few of the motions – most likely the permanent customs union motion or a ‘people’s vote’ on the agreed deal, we could see sterling re-strengthen on revived hopes of a soft Brexit.”

The Turkish lira eased more than 1 percent to 5.6158 per dollar after President Tayyip Erdogan’s ruling AK Party lost control of the capital Ankara for the first time in a local election and he appeared to concede defeat in the country’s largest city, Istanbul.