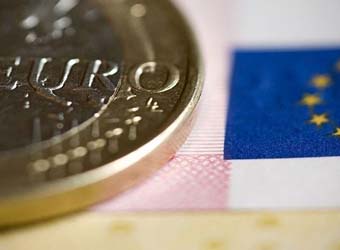 For Mario Draghi, the timing of Italian referendum and its outcome could not have come at a worse time, just days before the all-important December meeting of the European Central Bank (ECB) at which the bank’s president is set to reveal the future of its bond-buying programme.

On the menu of this meeting are the extension and tweaks to the quantitative easing (QE) programme; and inflation and economic projections. The vast majority of economists polled by Reuters expect the ECB to extend the programme through September 2017 and to keep the monthly bond purchase volume at 80 billion euros.

“We expect the ECB to extend its asset purchases at the same pace through September 2017 while dropping the restrictions on not being able to purchase assets yielding below the depo(ist) rate and below a 2-y(ear) maturity,” writes Nick Kounis, Head of Macro and Financial Markets research at ABN Amro, in a note.

The ECB is trying to push inflation back to its goal of below but close to 2 percent with a plethora of measures and instruments ranging from negative deposit rates to spur lending and the buying of bonds. While inflation is still low compared to the bank’s target, it is at least moving in the right direction.

Recent inflation data shows a slight rise to 0.6 percent in November compared to last year, which also means inflation is at its highest level since April 2014. Euro zone unemployment has fallen below 10% for the first time since 2009 to 9.8 percent. And economic indicators also point to an uptick in growth for the currency union. Neither Brexit nor the election of Donald Trump as U.S. president have damaged this outlook. The ECB insists that its QE programme despite widespread criticism has helped to improve the situation.

“I would say in spite of the many crises of the last six, seven years, we continue to steer the ship towards this mandate, and we foresee that inflation will go back towards our objective of an inflation rate below but close to 2 percent by 2018/2019,” ECB President Draghi said in an interview with El Pais, the Spanish newspaper on November 30.

The ECB intends to maintain its current stimulus until it sees a sustained adjustment in the path of inflation consistent with its inflation aim.

“Given the words of Mario Draghi who now sees inflation back at target in two years time, it is probably right to also ask, when they will reduce its monetary stimulus. Unless the Governing Council agrees to aim for higher-than-target inflation or reduces its inflation outlook significantly, a serious discussion of tapering is necessary,” writes Anatoli Annenkov Senior European Economist at Societe Generale in a note. “Will there be a better moment to start tapering beyond 2017?” he asks.