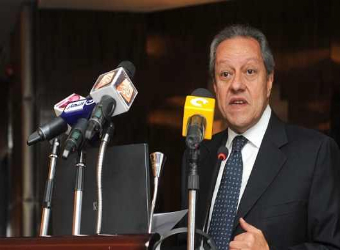 Egypt, grappling with an energy crunch, will enforce a ban on the production and import of air conditioners that can be set lower than 20 degrees Celsius, aiming to reassure citizens and industry hit with power cuts and fuel shortages.

The failure of successive governments in Cairo to develop sound energy policies has discouraged foreign companies from tapping gas reserves needed to meet increasing consumption in the most populous Arab country.

Power generation in Egypt is largely dependent on natural gas, now in short supply. The government predicts production will fail to meet surging domestic demand in the next fiscal year, starting in July.

Trade, Industry and Investment Minister Mounir Fakhry Abdel Nour cast the restrictions on air conditioners as a part of the government plan to cut energy use in order to ease the worsening crisis in the sector.

The decision was taken last year but will be implemented starting mid-June, Abdel Nour said in a statement.

The ban on air conditioners outside the government’s specification will contribute to “easing the burden on Egyptian families,” the minister said.

Egypt will hold presidential elections late next month, just before the hot summer months when air conditioners are cranked up, adding pressure to an already stretched electricity grid.

Chaos in the politically-sensitive energy sector, currently kept afloat by petroleum product handouts from Gulf Arab countries, will be among the biggest challenges facing the country’s next president.

Long lines at gas stations and power cuts fuelled popular anger against Islamist President Mohamed Morsi ahead of his ouster by the army last summer.

Experts say the energy crunch is worsening and will not be resolved until more gas production comes onstream, which is dependent on Cairo encouraging large investments. Such long-term policy decisions have been put off repeatedly.

With daily power cuts darkening homes and businesses ahead of the summer, the government is keen to be seen as active in tackling the shortages, though some ministers have acknowledged the problem is insurmountable in the short-term.

The electricity minister said on Saturday the government would not be able to prevent power cuts this summer.