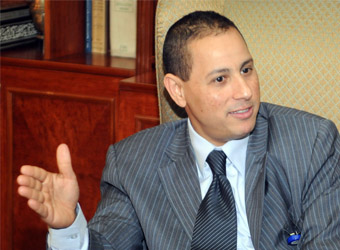 Egypt’s bourse chief said he will not serve for another term of office as of coming July 1st, 2013.

Dr. Mohamed Omran has announced on Monday that he is not willing to run for a second term of office as the chairman of one of the oldest stock market established in the Middle East.

The Egyptian Exchange Chairman further stated that he has informed the country’s Prime Minister Hisham Kandil of his plans to leave office as of July 1st, 2013.

Omran’s term of office as the EGX chairman is supposed to be till July 30th, 2013.

During a press conference held by the EGX management, Omran noted that he has submitted to Prime Minister Kandil a file entitled EGX In 500 Days detailing all the accomplishments and tasks fulfilled since he came to office in September 2011.  EGX In 500 Days also demonstrates all the challenges the stock market has gone through alongside a future plan including re-infrastructure process.