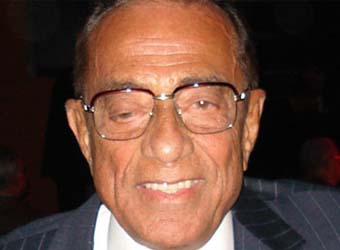 An Egyptian criminal court upheld on Thursday the acquittal of Mubarak-era business tycoon Hussein Salem on charges of corruption in exporting gas to Israel at less than the standard international price.

“The last remaining case against Salem is on money laundering charges in connection with the gas export deal, and is scheduled for next July,” Salem’s lawyer Mahmoud Kebbiesh told Ahram Online, adding: “it is certain that the court will acquit Salem in that case, as it has already acquitted him on charges of corruption in the export deal.”

In 2012, Salem was sentenced to 15 years in prison in absentia after being convicted in the gas deal case, though he was acquitted in a retrial in 2015; a ruling the prosecution later appealed.

Shortly after the 2011 revolution that ousted long-time president Hosni Mubarak, Salem, who has held Spanish citizenship since 2008, fled to Madrid, where he still resides.

Since 2011, Salem has been sentenced to several prison terms on convictions of corruption, money laundering, seizing state lands, bribery, and squandering public funds.

However, in 2013, he filed several requests with the prosecution to reconcile with the Egyptian state by paying large amounts of his wealth in exchange for dropping charges against him and his family members.

In mid-2016, the Egyptian government agreed to settle with Salem and his family members in three corruption cases upon the condition that Salem pay 5.3 billion Egyptian pounds, which Salem’s lawyer says is 75 percent of the family’s wealth.

In February, an Egyptian court unfroze the assets of Salem and his family.

On Salem’s ability to return to Egypt, his lawyer Kebbiesh says that Salem had the option of returning after the reconciliation deal with the government in 2016, though Kebbiesh added that he has no information on when Salem would return.

Dollar prices head for worst week in over a year