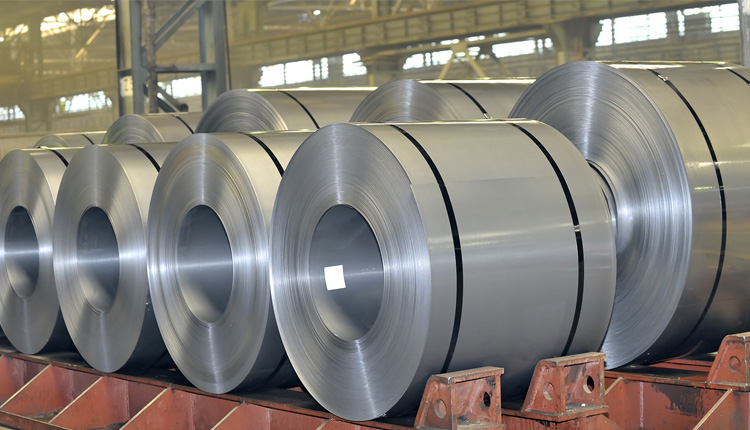 Egypt’s Minister of Industry and Foreign Trade has recently issued a decree imposing temporary customs duties on imports of semi-finished products of iron or non-alloy steel and steel rebar (bars, rods and coils) for six months. The decision is aimed at protecting the local steel industry against dumping.
According to the decree issued on 15 April, the Ministry of Finance has started collecting 25 percent customs duties on steel rebar in all its forms and 15 percent on semi-finished iron products such as billets.
The duties will be calculated according to the average international price of steel, which will be announced monthly by the Ministry of Industry and Foreign Trade.
The proceeds from the duties will be directed to the account of the Export Development Fund at the Central Bank of Egypt (CBE).
The decree was taken in response to a complaint by three local steel factories, Ezz Steel, Suez Steel and Al-Marakby Steel, requesting that duties be imposed on imported steel because of the negative impacts on local production and harm to sales.
The complaint said that steel imports had increased during the first half of 2018 by 31 per cent compared to the same period in 2017.
Moreover, it explained that a clear difference in prices between locally produced steel and imported steel, averaging $80 per tonne, had led to the accumulation of large amounts of local steel, averaging around 500,000 tonnes.
In reaction, the government notified the World Trade Organisation’s (WTO) Committee of Safeguards on 2 April that it had started a safeguard investigation on semi-finished products of iron and steel rebar being used for construction purposes.
Under WTO rules, a safeguard investigation seeks to determine whether increased imports of a product are causing, or are threatening to cause, serious injury to a domestic industry.
A WTO member may take a safeguard action, such as restricting imports of a product temporarily, only if the increased imports of the product in question are found to be causing, or threatening to be causing, serious injury. However, this safeguard action should be for a limited time.
Following a preliminary investigation, the Egyptian Ministry of Industry and Foreign Trade said that the imports had a negative impact on the local industry and issued a decree imposing tariffs temporarily for six months until the investigations end.
While the decision was welcomed by the steel factories which presented the complaint and a few others producing billets and steel rebar, it was problematic for other factories depending on the use of imported billets to manufacture steel rebar.
They said the local production of billets did not cover the manufacture of the total annual consumption of steel rebar. In 2018, Egypt imported three million tons of billets to cover the gap between production and consumption.
Tarek Al-Gioshi, a member of the Chamber of Metallurgical Industries and CEO of Al-Gioshi Steel, said that imposing tariffs on steel rebar as finished products was a good thing as it protected the local industry from the dumping of imports.
As for billets, he believed that a 15 percent duty was exaggerated and that it would be better if the government reduced it to five per cent.
He added that imposing 15 percent duties on billets, a raw material for manufacturing steel rebars, meant an increase in the total cost price. “The market would never accept such a high increase, so this could mean losses that could lead to closing businesses,” he said.
Factories harmed by the decision had presented complaints to the Federation of Egyptian Industries, the ministry of industry and foreign trade, and the prime minister requesting the cancelation of duties on billets until the investigation was finished.
According to Al-Gioshi, the share of these factories represents 20 to 25 percent of market needs.
Mohamed Eleiwa, managing director of Misr Steel and Iron Industries, agreed with Al-Gioshi that imposing 15 percent duties on steel billets for six months would mean the closure of 22 factories or rolling mills.
Eleiwa asserted that the data concerning the volume of steel imports included in the complaint were unclear and inaccurate, and that the customs and tax authorities had been asked to send documented figures showing steel imports during the past two years.
Factories that have been harmed have the right to file a suit or introduce a complaint within 35 days after the issuance of a decree. “We will do our best to clarify the information and reach a settlement to continue our business in an environment that allows for fair competition,” Eleiwa said.
Total investment in these factories is around 3.5 billion Egyptian pounds, and they employ 150,000 workers and represent 55 percent of total production capacity for steel rebar in Egypt, according to Eleiwa.
If the 22 factories close, steel rebar production will be monopolised by a few giant factories, causing an increase in steel prices for development and construction projects in Egypt.
Moreover, Eleiwa said that the sudden application of the decree had been a blow to the market as well as the factories and had resulted in an increase in prices. “Steel rebar prices have already increased after the application of the decision from 1,150 to 1,450 pounds per tonne,” he said.
Egypt took out a partial-protection procedure in December 2017 when the ministry of industry and foreign trade decided to impose tariffs ranging from between 17 to 25 percent on steel rebar from China, Turkey, and Ukraine for five years.
Source: Ahram Online