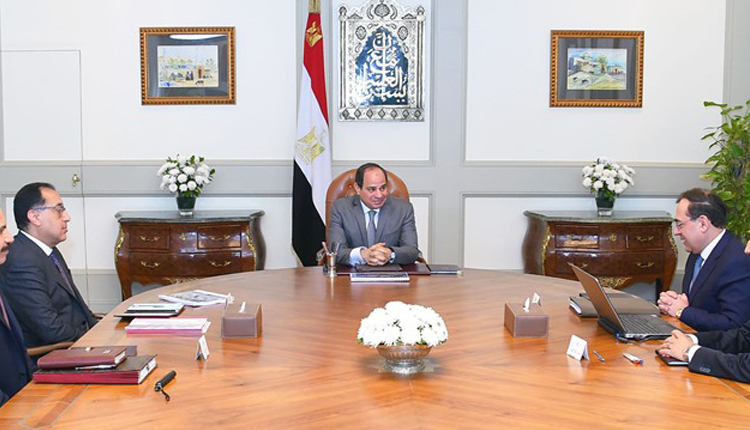 The reasons of achieving self-sufficiency boil down to accelerating the excavation works for natural gas and offering international tenders that encouraged ‘ExxonMobil’ company to pump investments in the Egyptian market for the first time and ‘Shell’ company to return its investments in the market after a ten-year hiatus, the Minister said.

Egypt achieved the highest production of crude oil and natural gas in February with an output of 1.8 million barrels a day, the minister added.

One million housing units were supplied with natural gas in 2018, recording the highest rate ever in Egypt, Molla said, noting that investments in the petroleum sector over the past four years hit 27 billion dollars.

After being updated on several axes regarding the important achievements implemented recently in petroleum sector, President Sisi directed government to continue all required efforts to heavily focus on the oil and gas infrastructure projects, and to invite first international tenders for gas exploration in the Red Sea in order to achieve optimal economic utilization of all potentials and natural resources needed for sustainable development.

Petroleum Ministry clarified in a statement that the agreement is to explore oil and gas in Ras Badran and Khaleeg el Zeit in the Gulf of Suez .

The agreement stipulates the commitment of the German company to carry out drilling activities and development of production facilities, operation and maintenance of the extraction plant in the Gulf of Suez; the whole production of Butane gas will be transferred to the Petroleum Authority.