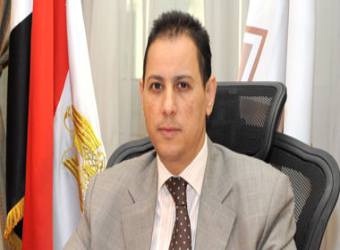 Egypt is working on reinstating its position in MSCI Emerging Market Index by virtue of the disappearance of several reasons for which MSCI had said it might exclude Egypt from the index.

During a meeting with funds, brokerage firms managers on Monday, Dr. Mohamed Omran, Chairman of the Egyptian Exchange (EGX) confirmed that he continues to correspond with MSCI in a bid to convince it not to remove Egypt from MSCI Emerging Market Index, especially after the disappearance of several reasons for which MSCI had said it might exclude Egypt from the index.

In mid-2013, MSCI had said it began consultations with investors on the possible removal of Egypt from the MSCI Emerging Markets Index.

MSCI, an international provider of investment decisions, said in a statement that it “may be forced’’ to exclude Egypt from the emerging markets index due to recent shortage of Egypt’s
foreign currency reserves.
“The recent shortage of foreign currency on the domestic foreign exchange market is of great concern to international institutional investors,” MSCI said in its review of the annual market classification markets in indexes.

Meanwhile, Omran said the decision of the Central Bank of Egypt (CBE) to cover foreign investors’ backlog will bolster Egypt’s position within the MSCI Emerging Markets Index, as this was the main reason behind MSCI’s move.