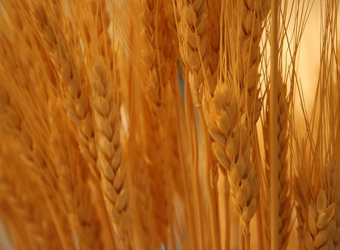 Egypt’s wheat harvest is shaping up well but farmers doubt it will meet official predictions, threatening the government’s plan to cut costly food imports as it battles to shore up its fragile finances.

This year the government was hoping to secure more locally, saving billions of dollars as it grapples with deepening economic and political crisis.

Farmers don’t believe the state will meet its target of 9 million to 9.5 million tons of local wheat, of which about half would end up in government flour mills to produce low-cost subsidized bread, a dietary staple for poor households.

“There’s been a boost in the harvest due to some rainfall this year, but fuel shortages and storage and transportation problems still plague us,” farmer Amin Mohamed said, on his land in Gharbeia, a main wheat-growing region along the Nile Delta.

Political and economic turmoil since the uprising that ousted Hosni Mubarak in 2011 have slashed foreign reserves from $36 billion to $14.43 billion – raising doubts about Egypt’s ability to import basic foodstuffs including wheat. Fuel supplies have also been hit.

For the state’s targets to be met, the Islamist-led government would need to have at least addressed diesel shortages to power farm machinery.

Egypt, which consumes around 18.8 million tons of wheat a year, witnessed bread riots in 1977 following a government attempt to lift subsidies and again in 2008 due to shortages.

Minister of Supplies Bassem Ouda, who was appointed in a cabinet reshuffle in January, has repeatedly said that bread is the top priority for the administration.

The main state wheat buyer, the General Authority for Supply Commodities (GASC) said last week it had at least 5 months’ stocks of wheat from local and overseas sources. Its top foreign wheat suppliers are Russia, the United States and France.

GASC said last week that it had bought 3.2 million tons of local wheat up until May 29 – 1.3 million tons short of the target set by the supplies ministry. In previous years the target was around 2.4-3.7 million tons.

However Egypt has tried and failed to get a loan and grain from Russia recently, while France said this week it received a formal request from Egypt for free grain storage and far easier payment terms for imports.

The U.S. Department of Agriculture’s latest report on Egypt forecast production and procurement rates lower than those targeted by the government, adding output would rise 2.3 percent to 8.7 million tons.

The USDA also said wheat stocks were likely to fall below 1 million tons by June 30. The government, trying to save hard currency, has not bought on the world market since February.

“The consensus is that they are going to have to import some amount of wheat,” he added.

Grain storage is a big issue as farmers don’t sell all of their wheat, sometimes stockpiling for cash later.

Othman Farrag Mahrous, head of the Gharbeia directorate of the agricultural ministry, said some 20 to 30 percent of the wheat planted in Egypt is lost in the bread-making, transport and storage process. “Silos would make a big difference.”

Egypt, which in 2005 started on plans to build 50 silos to store grains by 2015, has erected 22 metal silos so far with a storage capacity of 660,000 tons, the supplies ministry said last month.

In villages such as Mit-el-Sudan in Gharbeia, Mohamed says he sometimes waits for up to 48 hours to have his wheat weighed and stacked in the town’s few “shewan” – makeshift open-air plots of land set up on the sides of roads as storage areas and protected with nothing but barbed wire.

“Rain, heat, rats and birds could destroy the grain. Some unscrupulous people even end up adding dust or sand to it to compensate for the lost weight so they don’t lose any money,” he says.

Although the state has hiked prices for local wheat, Samir el-Tatawy, another farmland owner in Gharbeia, says rising seed and fertilizer costs are driving some farmers to more lucrative and exportable crops that are not state-subsidised.

“This year the land yielded 22-23 ardebs of wheat per feddan compared to 17-18 ardebs last year,” says el-Tatawy. “But people are suffering from the prices of fertilizers and seeds.”