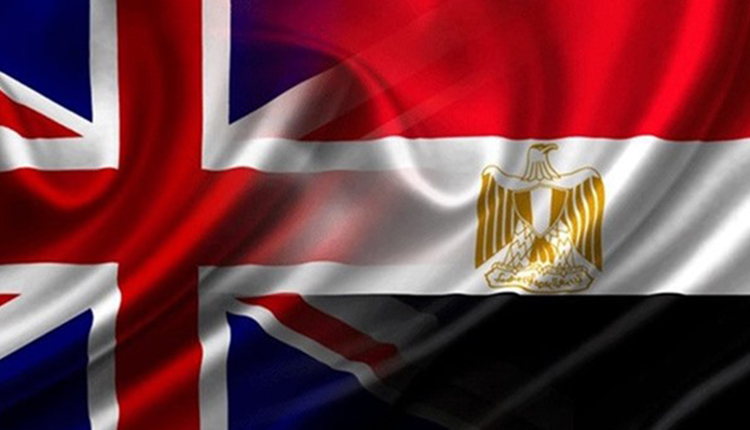 Egypt has to help UK businesspersons recognise these opportunities and make the most of the benefits of the Egypt-UK trade deal that has come into effect since the beginning of January, he added.

One of the Egypt-UK trade agreement’s main objectives is to ensure stable and predictable continuation of trade relations between both countries.

The UK-Egypt Association Agreement was signed in early December 2020 and took effect in January 2021.

A virtual press conference was held by the British Egyptian Business Association (BEBA), on Tuesday, under the title of ” Egypt-UK Trade agreement: Unleash New Opportunities for UK and Egyptian businesses.”

During the event, Paul Mullard, senior advisor at the UK Department for International Trade (DIT), said that the Egypt-UK agreement provides confidence to business and trade between the two countries.

Mullard also touched on the rules of origin that the UK will continue to use the Euro and Euro-Mediterranean format for movement certificates.

Iman Refaat Nasr, General Director of Trade in Goods, Trade Agreements and the Foreign Trade sector at Egypt’s Ministry of Trade and Industry, said they are currently preparing for several meetings with the business community in Egypt. These will include export councils, the Federation of Egyptian Industries (FEI), as well as the Egyptian Export Association (EEA), in order to hear from them and to share information.

“Throughout these events, we will be establishing the link between the needs of the private sector and what the government can do to help them,” Nasr said, “In the near future, you will hear a lot about a number of meetings with the business communities.”

She added that Egypt and the UK enjoy long standing strategic economic relations in different fields, with importance placed on continuing to build on such relations.

Nasr said that the UK is one of the largest investors in Egypt in different sectors, including the oil and gas, and telecommunications and pharmaceuticals sectors.

“There is always potential to enhance the relations between the two countries, and to capitalise on the fact that Egypt has a network of free trade agreements,” she said, “The latest of which law entered into force, the African Continental Free Trade Area (AfCFTA).”

Nasr added that the current agreement provides an opportunity to focus more on exploring different ways of enhancing the trade relations between both sides.

She also said, “I believe our trade has the potential, particularly relating to the Egyptian exports of agricultural products, particularly fruits and vegetables.”

Nasr noted that, according to UK statistics, imports of fruits and vegetables into the UK was £11.5bn, whereas exports were £1.3bn, so there is a gap that Egypt could play a crucial role in it.

During the conference, Ahmed Ezz El-Din, Vice President of the Fed International for Industry and Trade, said that the Egyptian government still needs to take real actions on the ground.

These should aim to promote investment and business opportunities, with Ezz El-Din adding that the country has to help UK businesspersons recognise these opportunities and make the most of the benefits of the Egypt-UK Association Agreement.