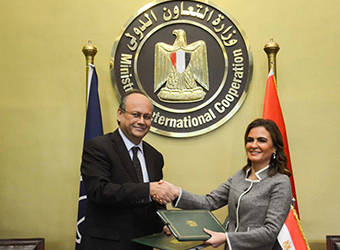 Egypt has signed Thursday a deal to obtain a payment of $1 billion from the World Bank Group, the second of three disbursals of a $3 billion loan.

Earlier, the World Bank’s board of executive directors approved on Tuesday a second $1 billion disbursement of a $3 billion loan to Egypt.

“We are pleased to continue supporting the country’s ambitious programme of reforms with a strong focus on job creation and boosting the competitiveness of Egyptian businesses,” said Alam, in a statement announcing the board’s approval.

World Bank has endorsed late 2015 the first tranche of its $3 billion three-year loan to to fund the Egyptian government plans to boost growth.