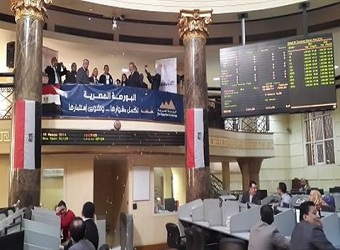 Foreign investors remained net buyers of Egyptian shares by a small margin, continuing a trend which began with the currency float on November 3rd.

Market capitalisation posted gains worth 4.8 Egyptian pounds (around $262.6 million), to record 575.851 billion pounds during the closing session of Sunday.

Trading volume was the lowest since the central bank floated the Egyptian pound in November, triggering a bull market.

Also during the closing session, 173 listed securities have been traded in, 46 declined, 89 advanced; while 38 kept their previous levels.

Non-Arab foreign investors were net buyers capturing 9.45 percent of the total market, with a net equity of 14.887 million pounds, excluding the deals.

On the contrary, local and Arab investors remained net sellers controlling 86.31 and 4.23 percent respectively of the total markets, with a net equity of 7.461 million pounds and 7.426 million pounds, respectively, excluding the deals.