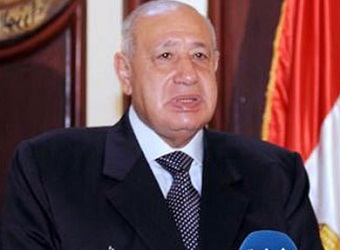 Egypt, the world’s top wheat importer, has sacked the head of its silos and storage holding company and referred an official at the main wheat importing body to prosecutors on suspicion of corruption, state media said on Saturday.

Supplies Minister Mohamed Abu Shadi referred the head of the central import administration at the General Authority for Supply Commodities (GASC) to prosecutors for suspected corrupt dealings with traders, a ministry official said. He said the man had stopped his work, but declined to name him.

The moves come just days after two other senior GASC officials were removed, and mark another flash point for the major consumer after deposed Egyptian President Mohamed Morsi spent his year in power dramatically reducing wheat imports in a failed attempt at self sufficiency.

This will also unnerve several small companies involved in importing grain to Egypt and potentially a small group of global traders that supply them.

“The matter has indeed been referred to the administrative prosecutors for an investigation,” Abu Shadi told state television, adding: “We want to work in a clean environment that’s empty of any suspicion of corruption.”

The move will not affect the import activity of GASC, a supplies ministry spokesman said, “because GASC is not individuals, it’s a whole authority”.

“The minister wants to start a new era after the June 30 revolution, he wants new leadership,” the spokesman said, referring to last year’s mass protests that culminated in the army ousting Morsi.

On Thursday GASC said it had reassigned two senior officials, while assuring traders that the changes would not affect the authority’s tenders.

Several traders had voiced concern about the transfer of Abdallah Esmat Abdelhamid and Sameh Sayed Ahmed out of GASC’s import department, because no replacements had been named.

“It is unclear what is going to happen next but GASC’s ability to tender now is restricted because the import department is almost not there,” a Cairo-based trader said on Saturday.

But a European trader said the shake-up would have a limited impact on tenders. “There will be other people to replace them,” the trader said, referring to Thursday’s transfers. “They have the money (to tender) and that’s the most important thing.

“As soon as Chicago (futures market) dips, GASC will come back and logically they will buy Black Sea wheat because it’s the most competitive.”

SHAKE-UP AT SILOS AND STORAGE COMPANY

Abu Shadi also shook up Egypt’s holding company for silos and storage, sacking its head, Mahmoud Abdel Hamid, and other officials on the grounds that they had failed to meet targets set for 2012/13 when the company recorded a loss of 89 million Egyptian pounds ($13 million).

Morsi was in power in fiscal 2012/13, a period when Egypt reduced wheat imports markedly and burned through stocks.

Abu Shadi wanted to replace older officials with younger ones, state news agency MENA said. He appointed Azmy Ali Azam as a temporary head for the silos and storage company.

The minister said this month that Egypt had enough strategic wheat stocks to last until June 15. He also raised the longer-term target for storage capacity to enable Egypt to become more self-sufficient.

Successive governments have sought wheat self-sufficiency, a goal the agriculture minister has said would require a significant increase in storage capacity over years to come, adding that at least 20 percent of the total grain produced locally was wasted due to storage problems.

Egypt plans to build 108 storage facilities, some with the help of the United Arab Emirates, in the next 18 months.

Egypt usually imports about 10 million tonnes of wheat a year and uses a mixture of domestic and imported wheat for its subsidized bread program, which feeds millions of people.