Egypt tenders for 250 MW solar plant in Gulf of Suez 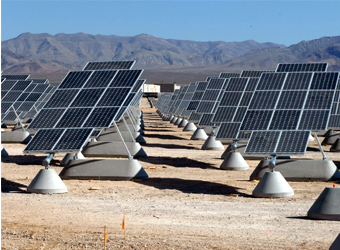 Egypt has launched a tender competition to choose firms to build a 250 mega-watt solar plant in the Gulf of Suez, a government official announced Monday.

The tender has drawn interest from six firms, where the New and Renewable Energy Authority (NREA) is currently studying their offers, said head of NREA Mohamed El-Khayat.

Egypt has been taking measures recently to diversify sources of energy, in a bid to face increasing demand.

In 2014, Egypt announced in 2014 ambitious plans to develop renewable energy, originally targeting 4.3 gigawatts of wind and solar projects to be installed over three years.

Egypt had aimed to meet 20 percent of its energy needs from renewable sources by 2020, but has pushed that back to 2022.