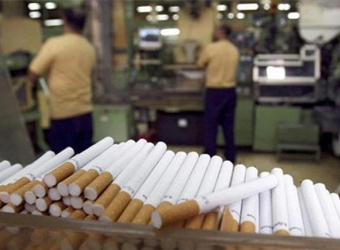 Share
Egypt aims to raise its revenues from taxes imposed on tobacco by 7 billion Egyptian pounds ($395.50 million) in the 2018/2019 financial year, which start in July 2018, a government document said.

According to a government’s document, the country is targeting around 58.524 billion pounds ($3.10 billion) in revenues from tobacco taxes.

Egypt has been increasing taxes and cutting subsidies to narrow its budget deficit as part of economic reforms tied to a $12 billion International Monetary Fund programme aimed at reviving the economy.

The Egyptian government is set to collect 51.452 billion pounds in revenues from tobacco taxes this financial year 2017/2018.

Egypt imposed a valued-added tax on non-essential goods last year in the months leading to its signing of the three-year IMF deal in November.

20.2 percent of Egyptians above the age of 15 are smokers, according to 2016 statistics of state statistics body CAPMAS.