Financial Institutions
By Administrator On Jul 2, 2013 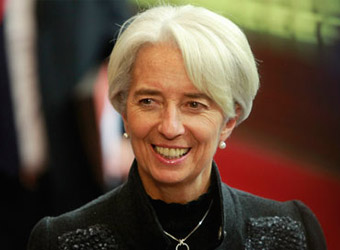 Experts warn any IMF loan package to Egypt will have dangerous long-term effects on the country’s most marginalized citizens, and that the secrecy surrounding the negotiations represents a threat to democracy. The government has been in talks with the International Monetary Fund for more than a year now over a $4.8 billion loan to help tackle the growing state budget deficit, which stood at $26.4 billion in May, according to the Finance Ministry.

The IMF is due to respond to the recently submitted reform program in the coming weeks, but details of the negotiations and conditions for the loan have not been made public.

At a regional conference in Cairo over the weekend, held by the New Woman Foundation in conjunction with Lebanon-based CRTD-A, a gender research NGO, delegates went into details of the 2013/2014 budget, recently passed by the Shura Council, many elements of which they said would be crippling to the poorest and most sidelined citizens, including women.

Head of the research institute at the Bank of Egypt, Salwa al-Antari documented how the economy had suffered since the January 2011 revolution that toppled Hosni Mubarak.

“After a revolution which asked for certain slogans, it has gotten worse,” she said, blaming the current situation on a failure of management and a lack of good governance.

She also blamed management of the economy under Mubarak, saying that “the majority of the population before the revolution never felt the fruits of growth rates.”

While it was natural, she said, that a period of instability and financial insecurity would follow any revolution – with $9 billion in foreign reserves leaving the country in the first six months postrevolution – people were initially optimistic that the country would soon get back on its feet.

“We had the necessary infrastructure and factories, so all they would need was good management, more efficient policies … people thought. But unfortunately what happened was the opposite.”

The growth rate before the revolution stood at 5.1 percent, but by the second half of 2012 it fell to 2.2 percent. The current Cabinet has set a target of 3.5 percent, but as Antari said, “There are no signs that the situation has improved. All indicators show that the situation is deteriorating and I believe that if we manage to maintain the 2.2 percent rate of last year that would be an achievement.”

On tourism, which has always been an important pillar of the economy, Antari said that she believed the current Muslim Brotherhood-led government was intentionally mismanaging the sector.

“Whenever there are efforts to revive tourism, we find there is something intentional to stop this,” she said, citing irresponsible statements that had been issued, including claims that “Pharaonic monuments are blasphemous, that tourists only wear bikinis and drink alcohol.”

“It became obvious that there are methodological efforts to prevent tourism,” she added, including the reduction of money allocated to boosting tourism in the latest state budget and the temporary appointment of a jihadist governor of Luxor, a crucial area for tourism.

Employment too has suffered, with unemployment increasing from 9 percent before the revolution to 13 percent today, and 27 percent for women.

Those living below the poverty line – which is defined as earning just $36 per month – account for 25 percent of the population.

Antari warned that the government of Mohammad Mursi saw borrowing as the only solution for this dire situation.

Egyptian business journalist Musbah Katub said that when Mursi assumed office exactly one year ago, foreign borrowing stood at $34 billion. In the last year alone this has increased by $11 billion.

He labeled the ongoing negotiations a “bad game being played between the IMF and Mursi’s government. …I believe the current system aims at making Egypt drown in more and more foreign indebtedness,” leaving it more susceptible to other countries’ desires.

“It will be very easy after that to impose conditions on the country, and the first thing they will bargain with is the Suez Canal,” he added.

Decreasing the budget deficit through such austere measures, was not worth the costs to the people of Egypt, Katub said. “This will have adverse effects on vulnerable groups, and women will pay high costs. The whole situation is really risky and dangerous,”

The new state budget increases the sales tax on a number of goods, which speakers said would unfairly hit the poorest in society. Income tax of 10 percent will be imposed upon anyone earning $65 per month, and the maximum bracket, for those earning over $35,000 a year, is just 25 percent.

Mohammad Guad, another business journalist, slammed the sales tax as “a regressive tax with very violent social impact,” and one which would most affect women, as they generally are responsible for managing the household budget.

He also said the economic policies of the government “gave the impression that the Muslim Brotherhood are against social justice and democracy.”

“The short term impacts look easy and manageable, but it’s vital to look at the long-term impacts of the conditions for the loan,” Katub said.

Economist Ahmad al-Hajjar backed these comments, saying that the country was witnessing “the same policies as under Mubarak, but just with less efficiency.”

He also said it was shameful that while women used to account for 29 percent of the workforce, they had now fallen to 23 percent, while “in the rest of the Arab region the share of women in the workforce has gone up,” and called for recognition of women’s work within the home.

Delegates at the conference, which was funded by Oxfam NOVIB and held under the Women’s Learning Partnership international banner, came up with recommendations for fairer economic justice, including increased access to information for all citizens, in particular women, so that they were aware of their rights and responsibilities, in order to best achieve political and economic empowerment.

On the lack of transparency surrounding the negotiations, Lina Abou Habib, director of CRTD-A, asked, “Can we talk about democracy when the fate of people’s lives is not being openly discussed?”