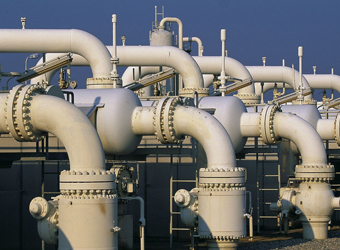 Partner companies in Israel’s Tamar and Leviathan natural gas fields signed two agreements on Monday to sell gas to Egypt’s gas trading company Dolphinus, according to a statement by Delek Drilling, which is a partner in both fields.

Total revenues from the Tamar and Leviathan projects are estimated to be $7.5 billion each.

The total quantity of gas contracted in the Leviathan and Tamar agreements is approximately 32 billion cubic meters (bcm) for each agreement, which corresponds to up to 3.5 bcm per year.

“I welcome the historic agreement that was announced on the export of Israeli gas to Egypt. This will put billions into the state treasury to benefit the education, health and social welfare of Israel’s citizens,” Israeli Prime Minister Benjamin Netanyahu said on Twitter.

The Natural Gas Regulatory Authority is not aware of the signing of such agreements, Authority chairman Karem Mahmoud told Ahram’s Arabic news website.

Mahmoud added that companies have the right to sign agreements to import or export gas, but such agreements must be presented to the authority for approval (or rejection).

Indeed, the export agreements are pending a number of conditions, including regulatory approvals from Israel and Egypt, such as import and export permits.

Egypt passed a New Natural Gas Law last year that allows for competition in the market by granting licenses to import gas for private companies.

The law also creates an independent body to regulate the market.

The price for the natural gas to be imported from Israel under the two agreements will be determined by a “price formula linked to the price of Brent oil barrel,” the statement read.

“Furthermore, the Sellers are also evaluating the option for an additional on-shore pipeline connecting the Israeli gas grid and Egypt,” the statement added.

Gas supply under the Tamar agreement should begin once the transportation infrastructure for gas to Egypt is in operation.

Supply under the Leviathan agreement is expected to begin when production starts from Leviathan reservoir.

Supply is expected to continue until the whole contracted quantity of gas is supplied, or in December 2030, whichever comes earlier.

Petroleum Minister Tarek El Molla said in December that Egypt will achieve self-sufficiency in natural gas before the end of 2018.

Zohr, North Alexandria, and Nooros gas fields are expected to increase Egypt’s natural gas output by 50 percent in 2018 and 100 percent in 2020, the Ministry of Petroleum said in October.

The government is aiming to turn Egypt into a regional energy trading hub.

Three flagships to be carried out for dates’ production in Egypt