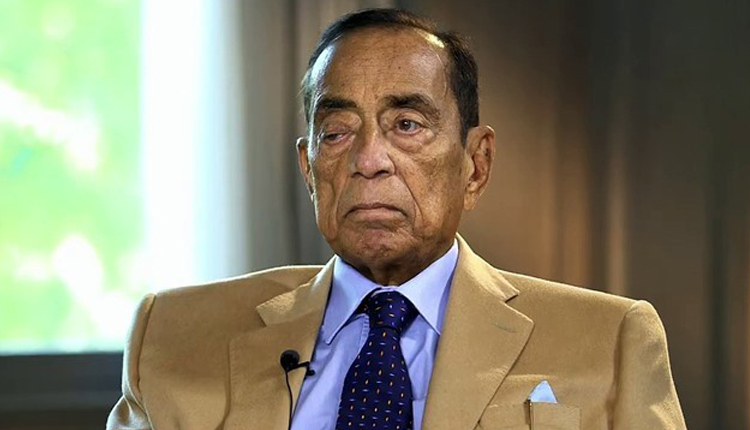 Egypt’s businessman Hussein Salem died on Tuesday in Spain at the age of 85, according to family members.

Salem’s niece Suhair El-Sheikh mourned her uncle on Facebook: “My beloved uncle, the kind and affectionate father, businessman Hussein Salem passed away. May Allah have mercy on his soul.”

The business tycoon rose to prominence during the 30-year-rule of former president Hosni Mubarak, as he made large real-estate investments in constructing some of the first and biggest hotels in the Red Sea popular resort town of Sharm El-Sheikh.

He fled the country during the 18-day uprising against Mubarak in 2011.

When Mubarak was ousted in February 2011, Salem faced a number of trials in absentia on charges including money laundering, malfeasance and illicit gains.

He was acquitted following a series of trials, retrials and appeals.

In 2016, he reached a reconciliation deal with the Illicit Gains Authority whereby he paid EGP 5.3 billion to the government to end his legal problems.