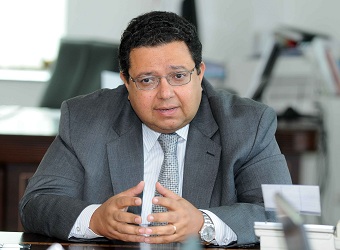 Ziad Bahaa El-Din says there is no harm in trying to rebuild consensus where national interests are at stake; hints controversial protest law could be revised.

In interview with the London-based Al-Sharq Al-Awsat newspaper published Saturday, Bahaa El-Din pointed out that the law was criticised by several international bodies, including the European Union. However he hopes for “means for consensus between the government and political forces opposing the law.”

“I personally was not satisfied from the beginning, and I still hold reservations against this law, the way it was discussed, passed and the timing,” added Bahaa El-Din.

Controversial articles include requiring protest organisers to notify authorities three days in advance of a given protest’s aims and demands, and imposing heavy jail terms and fines on individuals who break the law.

Bahaa El-Din added, however, that what concerns him is the country’s interest, underlining that there is no room for one faction to win over the other, but rather all should work cooperatively in order to exit the current national crisis.

Bahaa El-Din went on to stress on the need for consensus, saying there’s no damage done in revising the law “that sparked protests.”

“There is nothing wrong to see what could be done in order to rebuild this consensus,” he said.

Earlier in October, Bahaa El-Din said political forces were demanding that the draft law be discussed after parliamentary elections are held.

On Tuesday, after security forces assaulted and arrested tens of demonstrators for holding “an authorised protest,” Prime Minister Hazem El-Beblawi agreed to form a committee to discuss the controversial articles of the protest law.