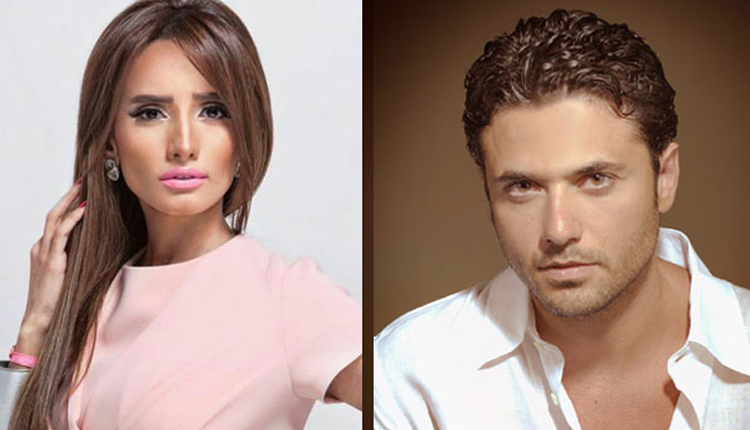 Egypt’s famed star Ahmed Ezz made his statement before the prosecution pertaining to the fight between him and actress, Zeina in a café of one of the hotels in the village of Marassi in North Coast resort, according to Egypt Today on Tuesday.

The prosecution ordered to watch the hotel surveillance cameras to know exactly what happened during the quarrel.

Witnesses said Ezz was sitting with a group of friends in the café, then suddenly Zeina’s sister named Yasmine Reda attacked him saying: ” when you will admit to fathering your kids? I swore that if I saw you, I will hit you by my shoes ” and actually tried to attack him, but he confronted her and the matter developed into a quarrel between them.

People who witnessed the fight added that at that time, Zeina was entering the café, she saw her sister fight with Ezz, so she also intervened in the brawl, and tried to hit him, but he confronted her and beat her, while those inside the café were able to break them up.

Prosecution will hear the testimony of Zeina and her sister pertaining to the fight.

The dispute between the two Egyptian stars started when Zeina returned from the United States to Egypt in January 2014 with twin boys, Ezzeddine and Zineddine, announcing they are the sons of Ezz.

After Ezz denied Zeina’s assertions, she filed a lawsuit in May 2014 saying the pair wedded in June 2012 through a customary marriage.

Ezz has consistently denied the marriage took place and in turn refused to admit to fathering Zeina’s boys. He has also repeatedly refused to perform DNA tests mandated by the court. In June 2015, a Cairo family court ruled in favour of Egyptian actress Zeina, ruling that Ezz was the biological father of her twins.