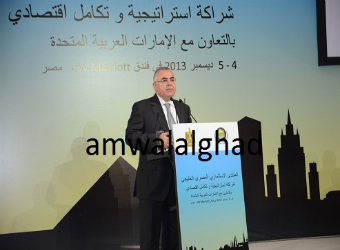 The debt dropped from US$47 billion by the end of last September.

Ramez added that the current level of debt is reassuring.

The Central Bank announced in February that Egypt’s foreign reserves rose to US$17.1 billion by the end of January comparing to US$17.03 billion dollars towards the end of December 2013.

The newly-appointed cabinet is looking into the establishment of a commission to manage public sector companies and administrate their assets, Ramez said after a meeting with designate Prime Minister Ibrahim Mehleb.

Mehleb was sworn in as Prime Minister on Sunday following the sudden resignation of Hazem Belblawi’s government.

Public sector companies were under the Investment Ministry before it was merged with the Industry Ministry in the new government.