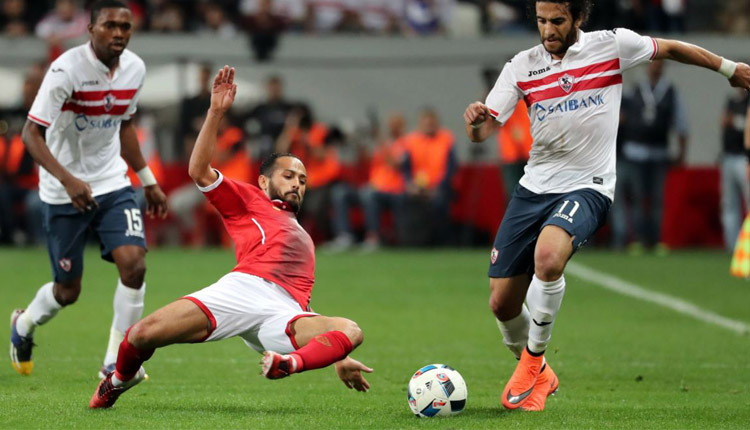 Egyptian League champions Ahly and its long-term opponent Zamalek are well prepared for Saturday’s clash between the two Cairo rivals in a derby that many see as the most unpredictable in years.

After a lowly start for the season, Ahly managed to climb the league table and place themselves within touching distance of the top spot, trailing leaders Zamalek by only two points, thanks to their vibrant January transfer window.

Should they win the derby, Ahly, who won their last nine league games under Uruguayan tactician Martin Lasarte, will sit at the top of the standings for the first time this season.

The Reds announced on Thursday that in-form midfielder Amr El-Sulaya had shaken off a minor knee injury he sustained in Egypt’s 1-1 draw against Niger in the 2019 AFCON qualifiers and that he was ready for the game.

With midfielders Hesham Mohamed and Hamdy Fathy both sidelined due to injury and Karim Walid out due to suspension, it would have been a huge crisis in Ahly’s midfield if El-Sulaya had been also missing from the squad.

Injury-free Zamalek will try to forget their deflating 2-2 draw against sixth-placed Arab Contractors last week when they take on Ahly at Borg El-Arab Stadium in Alexandria in a rescheduled game from week 17.

With Ahly breathing down their necks, the Whites are left with few options other than winning the decisive derby to expand the gap at the top of the table to a relatively comforting five points with 11 games left in the title race.

Zamalek’s trio Tarek Hamed, Mahmoud Alaa and Khalid Boutaib are fit to boost the team in the anticipated game, according to the club’s football director Amir Mortada.

Midfielder Hamed and defender Alaa were injured in Egypt’s 1-0 loss to Nigeria in a friendly on Tuesday, while striker Boutaib also picked up a knock in Morocco’s 1-0 friendly loss against Argentina.

“We have spoken to the national team’s doctor and both players are ready for the derby,” Mortada was quoted as saying by the club’s official website.

“Khalid Boutaib is also available for the match as the scans revealed that his injury in the game against Argentina isn’t serious,” he added.

On Tuesday, Zamalek’s Tunisian right-back Hamdi Nagguez was also cleared fit for the encounter after recovering from his muscular injury.

However, The biggest game in the country’s league could see Ahly overhaul their city rivals at the top of the table.

But continuing security restrictions mean the 86,000 capacity Borg-al-Arab stadium will be almost empty for the high profile clash.

15 fans from either team will be allowed into the game, according to Egypt’s Football Association (EFA).

“After meeting with security, we can announce that only 30 people will attend the match between Ahly and Zamalek, with 15 persons for each team”, Amer Hussien, the chairman of the EFA’s competitions committee said.