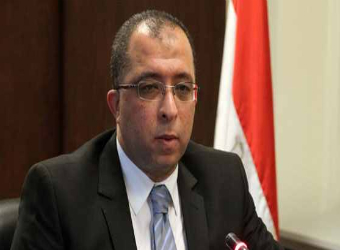 Minister of Planning and International Cooperation Ashraf El-Araby headed to Athens on Tuesday to participate in the 13th ministerial meeting of the Facility for Euro-Mediterranean Investment and Partnership (FEMIP) convention, the ministry of international cooperation announced Wednesday.

The meeting was arranged by the European Investment Bank (EIB) and addressed the Bank’s business strategy in the Mediterranean region for 2014-2020. The convention aimed to shed light on the investment challenges in the region and highlight the opportunities of sustainable development.

According to the Ministry of International Cooperation, Egypt has received around €6 billion from the EIB to date. The EIB supported projects in different sectors such as energy, transport, water and waterwaste and aviation.

During the 2013/2014 fiscal year, the EIB has provided the government with a €205 million loan to help finance the Shabab power plant. The agreement was signed with the Central Bank of Egypt (CBE), the Egyptian Electricity Holding Company and Cairo Electricity Production Company.

The bank also signed several funding agreements, including the €600 million agreement to finance the third phase for the third underground line as well as the € 50 m contract for developing air navigation control project.

The bank is expected to finance other projects in 2014 such as the wastewater servicers’ project in Kafr El-Sheikh. The EIB will contribute with €77 million.