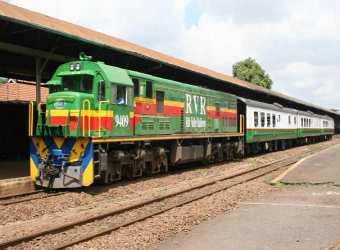 Under an agreement signed in 2006, Rift Valley Railways had a 25-year concession to operate a century-old rail line linking the Indian Ocean port of Mombasa in Kenya to the interior of Kenya and Uganda, including Kampala.

RVR will transfer within 30 days all concession rights, assets, and EMPLOYEES to Kenya Railways (KR), ultimately marking the end of its troubled 11 years of operating the Kenya-Uganda railways.

The entire investment value in RVR is already amortized, the concession transfer will have no impact on Qalaa’s consolidated financial statements, the Egyptian firm said in a bourse filling.

This comes after a Nairobi high court granted Kenya Railways the order to terminate the 25-year contract due to RVR’s failures to meet conditions under the concession agreement.

“It is hereby ordered by consent that the concession agreement dated January 23, 2006 be and is hereby terminated today July 31, 2017,” said High Court judge Grace Nzioka in her ruling.

“KR and RVR will endeavour to ensure there is minimal adverse economic and social impact associated with the transition. We jointly wish to assure the employees, customers and stakeholders of our commitment to ensure smooth transition and continue operations,” said the joint statement.

Kenya’s termination of the concession after seven months of court battles is expected to give impetus to Uganda, which is also in the processes of ending the RVR deal.

RVR, which is owned by Cairo-based Qalaa Holdings, has over the years struggled to revive the business, repeatedly failing to meet the concession terms.

When terminating the concession in April, KR said that RVR had defaulted on three key terms of the concession agreement namely maintenance of conceded assets, freight volume target and payment of concession fees.

RVR has desperately been trying to salvage the concession through bringing on board a strategic investor but these efforts have fallen flat.