Emaar Misr: Development of Sheikh Zayed is the government’s role 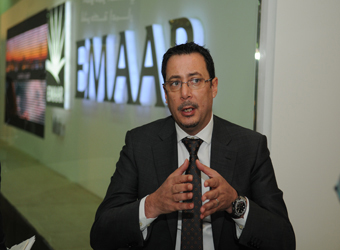 Emaar Misr has stated that the Egyptian government was late on the development of Sheikh Zayed city, on an area of 2.2 million meter, at New Cairo. The Development process is scheduled to take place mid March.

The executive manager of the company, Hazem Ashry, stated that the city does not fall under the supervision or the ownership of his company, but rather the company is only responsible for managing the development process once started by the government.

He added that the company has chosen the architectural consulting firms to implement the general outline of the project and has left the rest of the development process to be implemented by the Egyptian and Emirati governments.

He referred to the success of Cityscape exhibition and its role to stimulate the real estate market, clearing that its success was not predicted, expecting that Emaar Misr would achieve more profits through 2012 due to the hundreds of families that inhabits at projects “Marassi” and “Uptown Cairo” during next summer.

He denied any intention to enter into new partnerships during the coming perod, pointing out to the fact that his company would commence implementing project “Cairo Gate” located at Kilo 28 on the Sahrawi road, on an area of 160 acres, with an investment cost of 700 million dollar.

A campaign to save Manet’s painting