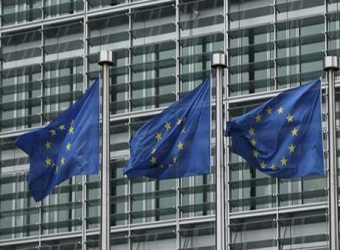 Cairo’s Court for Urgent Matters on Monday ordered a ban on all activities of the April 6 Youth Movement. The lawsuit was filed by lawyer Ashraf Saeed, who has accused the group of espionage and defaming the Egyptian state.

On the same day, a court in Minya passed death sentences on 683 supporters of ex-president Mohamed Morsi, including leading members of the Muslim Brotherhood.

The Islamist group’s Supreme Guide Mohamed Badie was among the defendants found guilty of attacking Adawa police station and killing a police officer on 14 August 2013, following the dispersal of pro-Morsi sit-ins at Al-Rabaa Al-Adaweya and Al-Nahda squares in Cairo.

The verdicts must be ratified by the Grand Mufti before they can be carried out. The court has set 21 June for the final verdict to be passed, after the Grand Mufti has made his assessment.

“This is a very serious and alarming development; Egyptian politics is taking on a new level of surrealism,” said an EU diplomat.

According to this diplomat, “highly intensive talks” took place today between Cairo and Brussels along with other inter-European consultations over the significance of the two court verdicts on the prospects of democratisation in Egypt.

In the words of a former European ambassador to Cairo, “these verdicts cannot be seen out of the political context that is showing a serious setback to the prospects of inclusive democracy in Egypt.”

The death penalty issued in one verdict against close to 700 Brotherhood members is widely seen in the European capitals as a harsh measure of intimidation against the group.

For many European diplomats, it is one thing for security to stop Brotherhood demonstrations, and it is quite another for a court of law to issue a death sentence against nearly 700 people from the largest opposition group that was ousted only a year ago.

The expected EU statement is set to express deep concern over the two court verdicts and to call on the Egyptian authorities to secure the right of the opposition to act freely from any kind of persecution.

Meanwhile, in Washington, where Foreign Minister Nabil Fahmy woke up to the news of the two verdicts, the Egyptian diplomat, who is in the US on a work visit, acted promptly to explain to his US counterparts and Congressional representatives that the two verdicts were subject to appeal and that they represent the assessment of the respective judges, away from any influence by the authorities.

In a recent meeting with senior US and European visitors, interim president Adly Mansour and presidential hopeful Abdel-Fattah El-Sisi expressed unease over an earlier verdict by the same Minya court that sentenced over 500 Brotherhood members to death.

In the words of a Cairo-based European diplomat, “what we hear is one thing, and what we actually see happening in quite another.”

EU countries have maintained concerns over the future of democratisation in Egypt after the ouster of Islamist president Mohamed Morsi last July.

EU`s foreign policy chief, Catherine Ashton, has expressed these concerns over the direction of democratic changes in the country in several visits to Egypt with interim authorities over the past eight months.

The EU countires have also been urging Egypt’s government to conduct democratic presidential elections set for later this month.