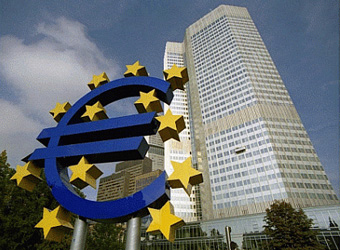 The European Central Bank kept key interest rates and its mass bond-buying program unchanged Thursday, as markets braced for chief Mario Draghi to signal an exit from the era of cheap money.

The ECB’s governing council voted to keep the benchmark “refi” refinancing rate at its all-time low of zero percent, a spokesman said after a regular policy meeting.

As expected, policymakers also held the rate on its marginal lending facility unchanged at 0.25 percent and the rate on the deposit facility at minus 0.40 percent- meaning banks have to pay to park their excess cash with the ECB.

“The governing council expects the key ECB interest rates to remain at their present levels for an extended period of time,” the Frankfurt institution said in a statement.

It also maintained plans to buy 60 billion euros ($72 billion) of corporate and government bonds per month until December under its “quantitative easing” (QE) programme.

The 2.3-trillion-euro scheme aims to encourage spending and investment by pumping cash into the economy, as part of the ECB’s efforts to drive up growth and inflation.

Attention now turns to Draghi’s press conference at 2:30 pm (1230 GMT), where he will be grilled on whether policymakers discussed when and how to start scaling back QE.

Many observers expect the bank to begin gradually winding down or “tapering” its asset purchases from next year, as the eurozone recovery gathers pace and the ECB runs out of eligible bonds to buy.

But a strong euro and sluggish inflation are complicating the bank’s efforts to reduce stimulus, and Draghi will want to avoid spooking the markets with any unexpected announcements, analysts predicted.

“The appreciation of the single currency since the ECB’s last meeting has strengthened the case to delay the formal announcement of tapering until October,” Capital Economics analyst Jennifer McKeown said.

Egypt ready to boost cooperation with China under ‘Belt and Road’