EU’s Ashton to Visit Egypt Ahead of Presidential Elections 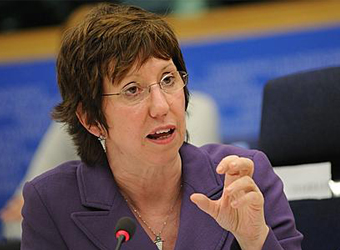 Discussions will involve bilateral relations with the EU as well as the situation in Egypt during the presidential elections – due to take place on 26 and 27 May, as announced by the Presidential Election Commission (PEC).

The results of the election will be officially announced on 5 June.

Until this moment, the only candidates to have declared their intentions to run are Hamdeen Sabahi, who finished third in the 2012 elections, and ex-minister of defence Abdel-Fattah El-Sisi, whose popularity soared following the ouster of Islamist president Mohamed Morsi last July. A third candidate announced his campaign on Sunday, the outspoken and controversial lawyer Mortada Mansour.

The presidential race will be followed by parliamentary polls which, according to the 2014 constitution, must start within six months of the ratification of the national charter.

What Vision For The Future Will El-Sisi Bring?