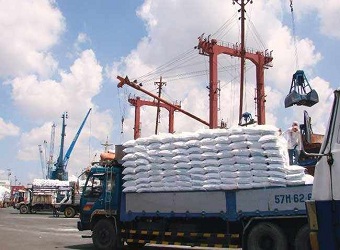 Let us not overlook the fertilizers industry as Egypt struggles to reform its tangled web of subsidies.

The government has been providing local urea fertilizer producers with cheap natural gas, their main input, for years. In return, the producers are required to sell a certain percentage of the fertilizer they produce to the state-owned Principal Bank for Development and Agricultural Credit at an artificially low price. The bank then sells the fertilizer on to farmers at only a tiny mark-up.

This has caused all sorts of wonderfully bizarre distortions in the market.

Never mind that cheap subsidised fertilizer has led farmers to overuse it on their crops, adding to a run-off that pollutes the River Nile and the Mediterranean coast of Egypt. Let us look instead at what it has done to the market.

The government typically charges local fertilizer producers US$4.50 per million British thermal unit (BTU) for natural gas. If these producers were to buy gas on the international market, it would cost them as much as $7. Part of the reason the price is so high is because ­local shortages have forced Egypt to import expensive liquefied natural gas. And part of the reason there are shortages to begin with is because the government is selling so much of its gas at low subsidised rates, sending consumption way up.

And as a result of the shortage, producers, private and state, have been forced to let their expensive fertilizer plants lie idle much of the time. Last year, private companies were running on average at about 70 per cent of capacity, according to a back-of-the-envelope estimate by Ahmed Hazem, a researcher at EFG Hermes.

But strangely, the government forbids producers from buying gas from abroad, even though many would be willing to buy to top up some of their supplies at the higher rate simply to keep their plants operating.

When they do get their gas, fertilizer makers must then sell a share of their production to Principal Bank. The main private producers, such as AlexFert and Mopco, have negotiated a quota of only 20 per cent that goes to the government, while Abu Qir, which is owned 90 per cent by government entities, must turn over everything.

Because they buy their main input in dollars, and the government pays for their product in Egyptian pounds, these producers are very sensitive to the exchange rate. When the value of the pound fell by more than half in November, it suddenly made little sense to sell urea to the government, and producers avoided doing so.

Companies could fetch 6,000 pounds (Dh1,162) per tonne by exporting, whereas the government paid a mere 2,000 pounds. The penalty for failing to fulfil the government quota was 50 pounds per tonne, but later raised to 150 pounds. So producers chose to pay the penalty. They made a very tidy profit selling abroad at high prices while using cheap local feedstock.

The state-owned companies didn’t have that option and began losing money massively. Plus the divergence of the government price from the free market price created the temptation to sell illegally through the back door. Whether any state employees might have succumbed to that temptation I cannot say.

The Principal Bank was running short of the fertilizer it had pledged to farmers, and by mid-January, it relented and raised its price to 2,959 pounds per tonne. Even this was not quite enough, and companies are still losing 500 to 1,000 Egyptian pounds per tonne selling to the government. On Monday, the agriculture ministry asked local fertilizer producers to speed up deliveries to help cover shortages of subsidised fertilizer in a number of regions in Egypt.

In the meantime, farmers, incensed that they had to pay 48 per cent more money for their fertilizer, are now threatening to stop growing the wheat the government depends on for its crucial programme of subsidised bread.

In an ideal world, the government would eliminate its various subsidies in their entirety, and let the market decide the most efficient way resources should be used. Doing so immediately would be impossibly disruptive, so perhaps a very gradual programme would be in order.

But there is one quick and fairly easy fix. The government could rearrange the many subsidies into one, which it alone would bear. Instead of forcing fertilizer companies to sell it their product at low prices, it should pay international market prices.

The other problem, the shortage of natural gas, should be resolved in the first half of 2018, after Eni’s super giant Zohr field and BP’s West Nile Delta offshore gas projects are to come on stream.

In the meantime, the government has been preparing a law that would allow private companies to import gas and use government pipelines to deliver that gas to plants where it is needed. Fertilizer companies would find it profitable to buy gas from abroad, even at international prices, then export their fertilizer, rather than leave their plants idle. Unfortunately, the legislative process has been excruciatingly slow. If pushed through quickly, the law would help cover the gap in production until the new gas arrives.

Patrick Werr is an economics and finance journalist based in Egypt for 26 years, currently writing weekly column on the Egyptian economy in Abu Dhabi’s National newspaper.